Madison women make history -- with a little help from their friends 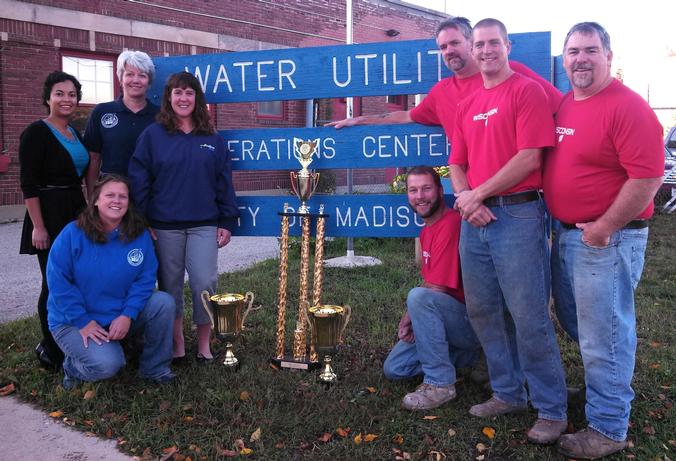 Hard hat, soaked boots, trophy in-hand at the center of a cheering crowd -- it's not exactly how account computer specialist Lori Suiter pictured herself when she started working in Madison Water Utility's finance department three years ago. But when Wisconsin's first ever women's tapping team was formed at the utility over the summer, she didn't think twice about signing up.

"I've always been mechanical, even though I'm a number-cruncher," she laughs. "Just the excitement and the fun of it, doing something different, bonding with different people within the utility – it was all just a draw."

Tapping competitions feature water utility teams racing against the clock and each other to tap a copper line into a gushing cast iron water main in the fastest time. It's something crews in the field do on a regular basis (albeit more slowly) to connect homes to mains running under the street. But because so few women work in the field in Madison, the new team brought in members from departments across the utility – from finance to community outreach. None had ever tapped a water main before. And their first test – the Wisconsin Water Association (WWA) state competition – was just weeks away.

That's where Madison Water Utility's men's team came in – aka the Mad City Tappers – who've been competing together for three years.

"They've been so helpful in teaching us the procedures of when you need to do what, and then coaching us in our practices. It's just been a great help," Suiter says.

As the WWA conference approached, the Mad City Tappers needed a first-place finish to qualify for nationals at the American Water Works Association (AWWA) conference in Boston. The women's team, now calling themselves Mad Women on Tap, didn't have any direct competition, but they still had to turn in a competitive time to earn a trip to Boston. 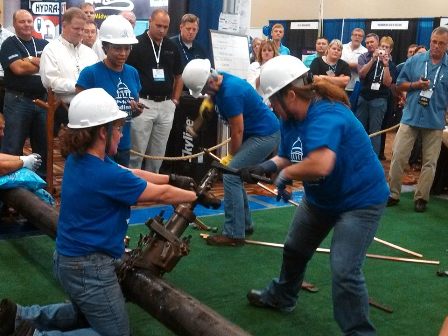 They did – and then some. For the first time ever, Wisconsin will send a women's team to compete on a national level.

"It was almost surreal. We shaved two minutes off of our last practice time (from) the day before. Then when we did our second run, it was like, 'Wow, we can do this. We can get competitive with other women's teams,' Suiter says.

"It was phenomenal," says Greg Kolek, coach of the Mad City Tappers. "Watching them in practice, I thought they were struggling a little bit. But when it came down to competition, they pulled it off."

When it was all over, Mad Women on Tap had turned in a best time of 4:03.78 (check out video of their first run below). The Mad City Tappers snagged first place in the men's division and also earned a trip to nationals with a time of 1:54.54. 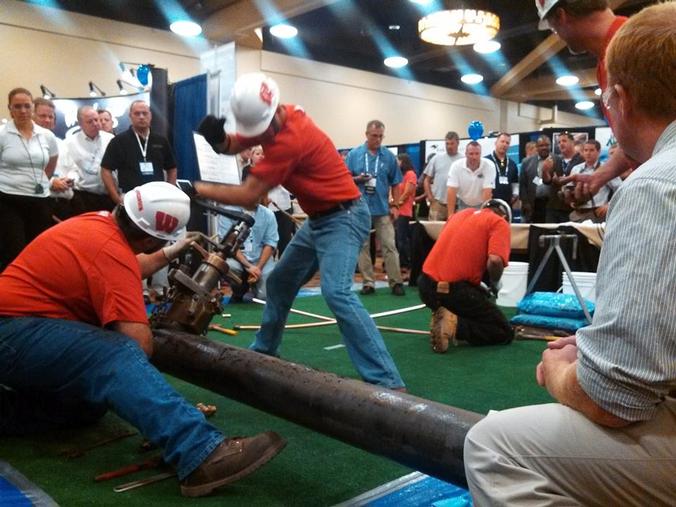 But Kolek insists tapping team competitions aren't really about winning trophies and trips. They're about taking pride in the work that goes on at a water utility every single day. That's why the Mad City Tappers have been reaching out to utilities across Wisconsin to help train new teams.

"The more people we can get within Wisconsin to do this, the more teams, the more chance we're going to have to keep it going," he says.

Suiter says being on the tapping team has not only brought her closer to her co-workers, it's given her a newfound admiration for all the Madison Water Utility crews out working in the trenches.

"Even though they use a machine in the field to actually drive a bit through a pipe, the confined spaced that they're in – because they're in a hole that's in the ground – we're standing there with plenty of room around us, fresh air, fans in the summer. It's just amazing what they go through in the field. It's hard work, very hard work. It gives you an extreme appreciation for what they do."