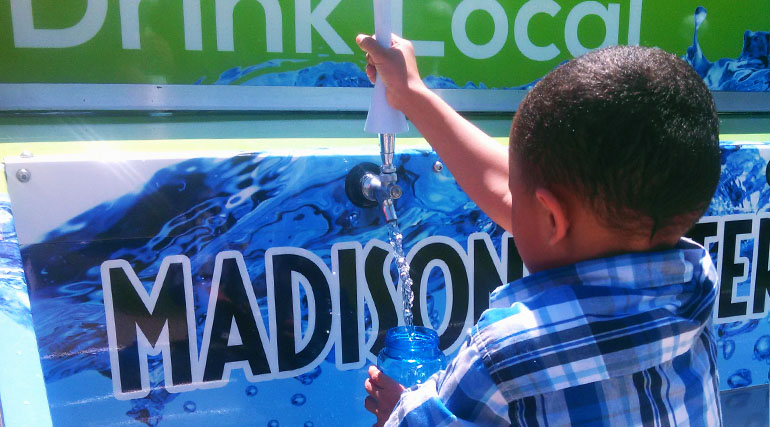 More than 70 percent of Madisonians are actively working to conserve water, according to results of a recent survey from Madison Water Utility. Over a thousand people took the survey aimed at getting feedback on critical water issues like infrastructure, safety, sustainability and cost. Many respondents say they’ve stopped watering their lawns, and 73 percent of those conserving have invested in low-flow toilets or showerheads.

“A lot of people talked about using water-efficient appliances and rain barrels, putting native plants in their yards that need less water,” says MWU public information and conservation officer Amy Barrilleaux. “But what’s really interesting is that people are also starting to talk about re-use – capturing water before it goes down the drain so they can use it again.”

I use cooking water (such as for pasta, cooled) to water decorative plants outside.

Save water from when the shower is warming up to flush toilet. 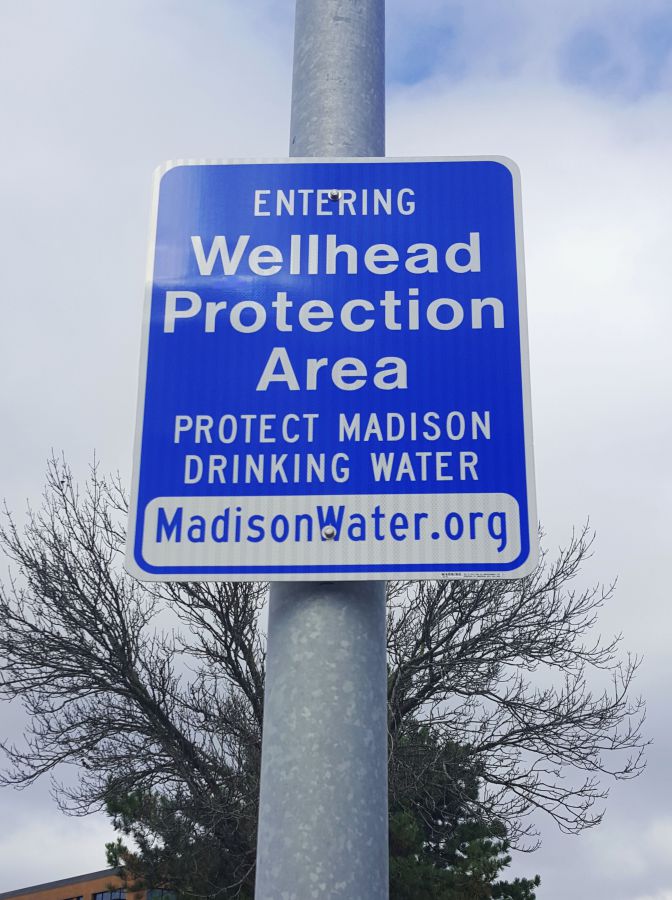 Despite the focus on conservation, the survey reveals that only 35% of Madisonians know exactly where their water comes from. Ten percent admit they turn on the tap without ever stopping to think about the source of their water.

… I have to confess that I don't know much about my water, I kind of just take it for granted. Thanks for raising awareness.

According to the survey, respondents who know exactly where their water comes from are twice as likely to conserve as those who don’t really think about the source of their water. Madison uses 22 high-capacity wells across the city to pump water from underground aquifers, and Madison Water Utility has recently stepped-up public outreach efforts around protecting our groundwater from pollutants like road salt and other chemicals that get dumped on the ground.

“We don’t see the groundwater, so it’s something that sometimes gets overlooked,” says Madison Water Utility water quality manager Joe Grande. “But people need to know that the water comes from under their feet, and the activities that we do on the land’s surface have the potential to impact our groundwater resources and ultimately our drinking water… If you’re not thinking about a resource, you’re taking it for granted.”

People may not always know where their water comes from, but 83 percent listed quality and safety as their top concern when it comes to their water. And while nearly 90 percent say they believe Madison’s water is safe to drink, fewer than half actually drink water straight from the tap. About 43 percent drink filtered water, and 9 percent say they buy bottled water or fill plastic jugs at the grocery store. Madison Water Utility’s use of chlorine to disinfect the city’s water drew criticism from some respondents, as did its use of fluoride, which has been added to Madison’s water since 1948. Others took issue with the overall hardness of the water, which can cause mineral buildup on fixtures, coffee makers and other appliances.

I think we have some of the best tasting water in the country. Thanks.

Please work on the quality of the water. There is so much lime in it and it tastes like minerals.When we first moved here, we couldn't even tolerate running a bath because is smelled like a pool...

Wish we could do more to stop people from use of bottled water.... Our water tastes good!

Thank You for keeping the tap water safe to drink \RockOn/

I've lived in many places and never experienced terrible drinking water until moving to this house eleven years ago! 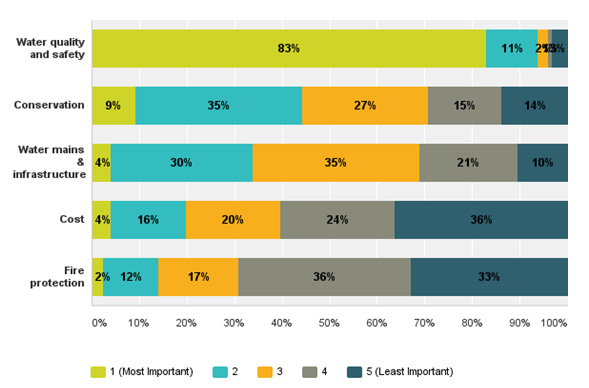 Only 4 percent of respondents listed the cost of Madison’s water as their number one issue, and 94 percent say they are either satisfied or very satisfied with the value that Madison Water Utility provides. Madison Water Utility raised water rates in 2015 and also moved to a tiered rate structure for residential customers to encourage conservation. The average homeowner in Madison currently pays about $19.09 a month for water as part of their Madison Municipal Services bill. That bill also includes charges outside of Madison Water Utility’s control, including sewer and stormwater (rates for both services increased in 2016), landfill (rates decreased in 2016), and urban forestry (added to bills in 2015). About two years ago, residents began receiving the bill every month instead of twice a year.

Do notice since you went to monthly billing, the water & sewer costs have increased dramatically. We are retired on fixed income.

Why have water rates risen so rapidly recently?

Madison water is the best value available of any service whatsoever!!

I dislike how additional taxes and fees are added to water bills. I would prefer that the water bill be for water (or water/sewer) only. All other city-related assessments and fees should be billed some other way.

I don't like the monthly billing. I'd prefer every two or three months.

The water utility provides the highest and best value of anything we purchase.

For the charge I pay every month, Madison Water Utility is criminal. 35.00 month to flush the toilet and take a shower. 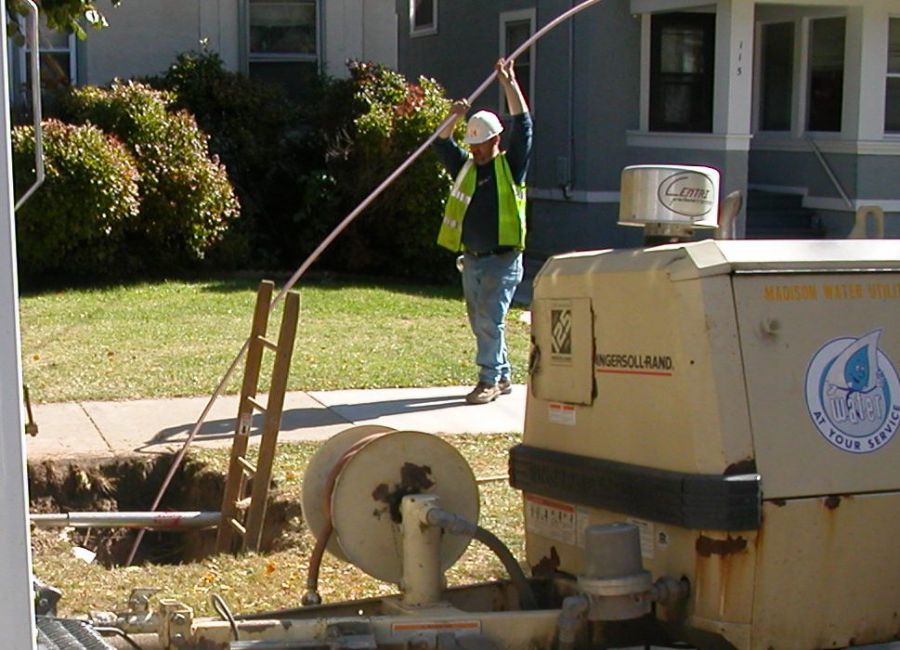 Although just 4 percent of people who took the survey listed water mains and infrastructure as their top water issue, several respondents focused on a key infrastructure upgrade that Madison Water Utility completed in 2012 – the replacement of the city’s lead water service pipes.

I'd like to extend my thanks to the people who made that happen, it must have been like pulling teeth, and the city will benefit from it for generations.

I am so glad that Madison is a national example for replacing all lead water mains and lines. very impressed when I learned that Madison replaced lead pipes years ago.

I'm glad the infrastructure is lead-free.

I'm so impressed with our city having no lead pipe infrastructure.

The survey represents the first time Madison Water Utility has attempted to gather feedback from everyone who uses Madison water, not just bill-paying customers. Results will be shared with the utility’s regulators, board and city officials.

You can access complete survey details in the Know Your H2O final report.