Our graywater experiment: 8 years and counting 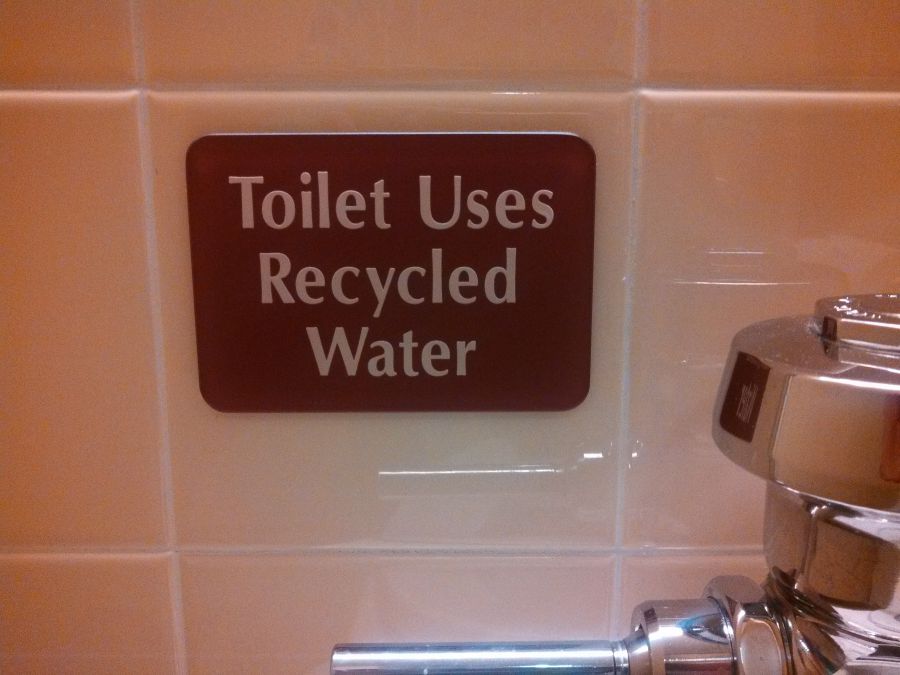 "Graywater is just non-potable water," explains MWU principal engineer Al Larson. "Typically, it's from a non-waste source like showers, hand washing, clothes washing. So if you could capture that, you can use it to flush toilets."

When plans were being made to construct the office building nearly a decade ago, 'green' was the goal. State of the art heating and cooling, skylights, solar panels and motion-sensitive fluorescent lights were all built into the design to keep energy costs down. But perhaps the most cutting-edge innovation was the water system. At that time, no large office building in Madison had ever used recycled water, but for MWU, the new technology was essential. It helped solve a problem of wasted water the Utility had been grappling with for years.

"We were testing meters and flushing 250 to 300 thousand gallons of water down the sewer every year," says Larson, explaining that MWU's meter shop routinely runs water through meters that are being built or repaired to ensure they're working properly.

"That's perfectly good water. There was definitely the attitude of, 'Let's stop this,'" he recalls.

So when the building opened its doors in 2005, the natural lighting and solar array may have gotten most of the attention, but it was a 7 thousand-gallon underground tank and pump station on the building's west side that filled the toilets – and still does.

The tank captures everything that comes out of the meter shop and is used for toilets and the building's interior and exterior water features.

"It's not always easy," admits MWU meter shop lead worker Tony Mazzara, who's in charge of keeping the system functioning day-to-day. "It was a process of learning how to keep the system in-tact and running well."

"The water was coming out discolored in some cases...because it hadn't been really treated," Mazzara says. "So the very first thing was to set up a pump to add bleach and water into the graywater line."

Then came the addition of filters after sediment in the graywater began causing problems in the indoor and outdoor fountains. After that, a water softener was added.

"The system has served its purpose relatively well," Mazzara says. "But there is a fair amount of maintenance to keep it that way."

Even with all the maintenance, Mazzara says the graywater system is about innovation – trying something new and figuring out how to make it feasible.

"I think we're committed to seeing it continue," he says.

"Setting an example I think is something that water utilities have always done."