"We're working on our knees"

It's Friday, and Madison Water Utility master mechanic Brian Boettcher has just moved a large dump truck into his shop, careful not to scrape the room's ceiling. To change the truck's oil, he'll have to lie on his back.

"The older I get, the harder it is," Boettcher admits.

There is no hoist at the utility's South Paterson St. operations center to lift the big trucks, crane, and backhoes that Boettcher works on. Small pick-up trucks are a little easier, he points out, because there's a hoist for them. But it doesn't go up quite high enough.

The biggest vehicles don't fit inside at the facility all – backhoes have to be entirely extended, stretching their buckets outside the front garage door while Boettcher works under the cab. The toughest thing to work on is the crane, which extends outside both the front and back doors when it's in the shop.

"I plan around the weather, watch if it's going to rain or not!" he laughs.

Madison Water Utility employees have worked on South Paterson St. for more than 75 years, first across the street, then moving into the current 1920's-era building in 1976. Then as now, the spot served as a central dispatch location – a place where emergency repair crews could quickly respond to main breaks across Madison. But these days, the trucks are bigger, the fleet is larger, and the responsibilities of the crews much more complex. Known simply to water utility employees as "Paterson," the operations center is used 24 hours a day.

"Paterson is a critical facility," says Al Larson, principal engineer with the utility. "It's all the water main crews, but there's also dispatch, hydrant inspectors, locators, main flushing crews, fleet maintenance, there's a fabrication area, and the well maintenance crews, plus the administration overseeing all of that."

Larson is planning a $7.4 million reconstruction of the building set to begin 2015. He believes keeping the ops center at its current location is crucial.

"We need to stay on the Isthmus," Larson says, pointing out that main breaks generally happen in the older parts of Madison – the Isthmus and near-Isthmus. The utility responds to hundreds of breaks a year. "(Our location) makes traveling and staging and logistics much, much easier." 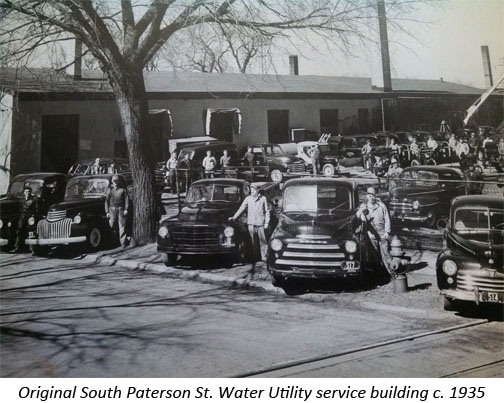 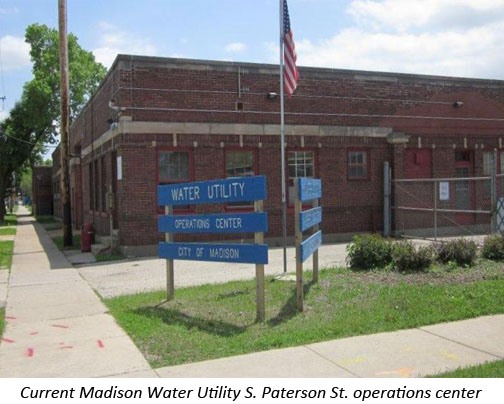 According to Larson, rebuilding the facility isn't just about space or logistics. It's about making the place more safe.

"Someone's going to get hurt. I know that everyone (at the ops center) is well-trained in safety procedures. But it feels unsafe. It's dark, it's low ceilinged, it's crowded. It's just an environment that asks people to have an accident."

She insists reconstruction of the Paterson St. facility is long overdue.

"It's the worst facility in the city of Madison to work in ... You can't even find the front door unless you know. You just want shrug your shoulders and back away." 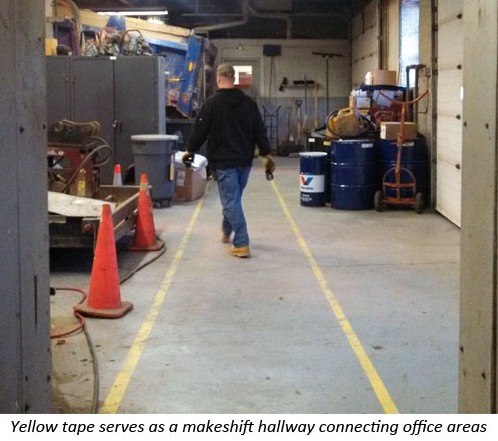 Cnare believes there's also an overriding issue of worker dignity that she hopes will resonate with the nearby community.

"This is a neighborhood that cares a bunch about worker justice," Cnare says. "This is about respecting people who work really physically hard for a living, and they do things that nobody else knows how to do. This is about equity and fairness."

To Boettcher, the reason for the rebuild is simple – efficiency. He takes pride in his work and knows he could do it faster and better with the right equipment and space.

"It can get crowded. Buckets and cranes out the garage doors," he describes, gesturing toward the shop's two vehicle bays, both full. "I got a tractor across the street I could work on, but I can't get in here to work on it."

Without having to crawl on his hands and knees so often, or work while lying on his back, the decade he's already spent working for the Utility might just turn into a couple more. Until then, he'll keep finding ways to work around all the "inconveniences" of his current mechanics shop, with its low, sloped ceiling and make-shift hallway leading between office spaces on either side.

"It's better than nothing," he says.