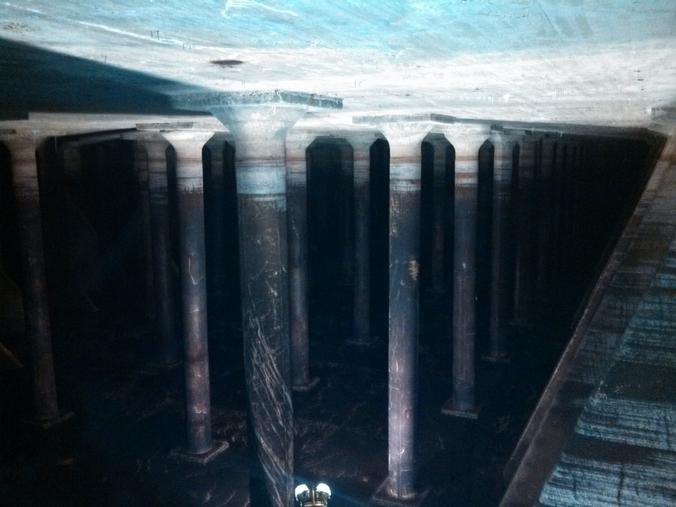 It was the mid-1920s – when Regent Street led to the very edge of Madison, when farm fields stretched across places that would later become Hill Farms, Sunset Village, Westmorland, and Midvale Heights. A population boom was coming, and it would take a feat of engineering to make sure Madison was ready. 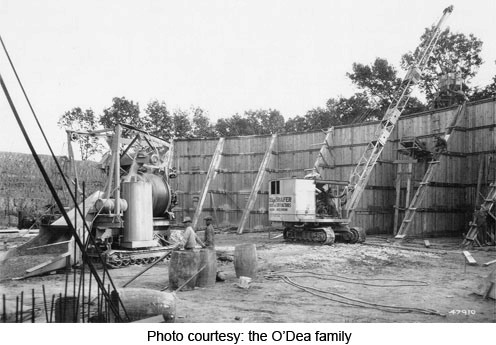 In 1926, the city paved the way for massive expansion by building an enormous, 6 million gallon water reservoir and booster pump station on Madison's western frontier – what's now Glenway St. north of Mineral Point Road. Made of concrete supported by columns and buttresses, the reservoir was a major construction project, involving crews from Madison Water Utility as well as local cement contracting company O'Dea and Shaffer (see the construction video below). It would provide water to much of the near west side for the next 87 years.

For many Madisonians who grew up on the west side, the reservoir isn't about water or infrastructure. It's about childhood memories. Reservoir Park – or "the Rez" – was a place for sliding and sledding, for exploring a grassy hill with little thought about what lay buried below. But for Madison Water Utility, the reservoir is a symbol of lasting infrastructure.

"This pumping facility has been operating since 1926, making it Madison Water Utility's oldest operating facility," says MWU engineer Adam Wiederhoeft, who is overseeing reconstruction of the nearby booster pump station. "The reconstruction...is one of (our) high-priority infrastructure replacement projects."

As part of the reconstruction project, Madison Water Utility employees drained the 6 million gallon reservoir for the first time since the 1980s and climbed inside for an inspection. What they found was part infrastructure, part history, and part surreal work of art. They also found that the reservoir has held up remarkably well over its nearly nine decades of service, and after cleaning and renovations, it should continue to supply water to the near west side for decades to come. 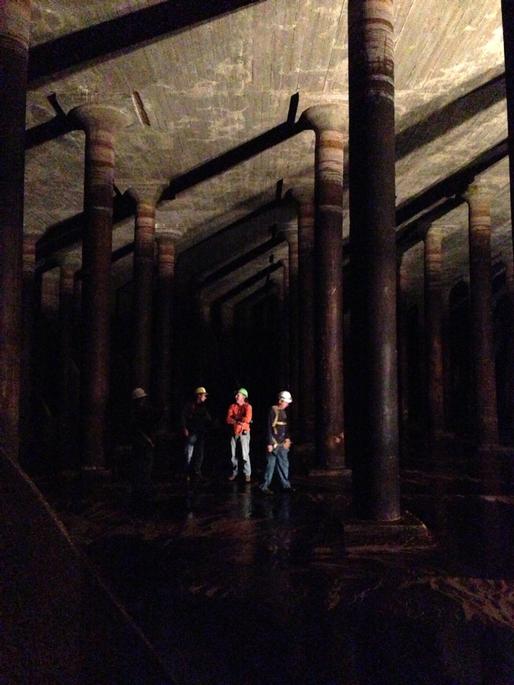 "The deteriorated access/vent structures located on top of the buried reservoir will be replaced," says Wiederhoeft. "The rainwater drainage on the top ... will be improved to eliminate the occurrence of standing water."

MWU will completely replace the nearby booster pump, renovate its housing facility and rebuild the steps leading to the top of the reservoir. The Utility is also working with city officials in hopes of launching a playground improvement project and will contribute funds in support of those improvements, ensuring "the Rez" will continue to be a place for future childhood memories.