The long road to smart meters 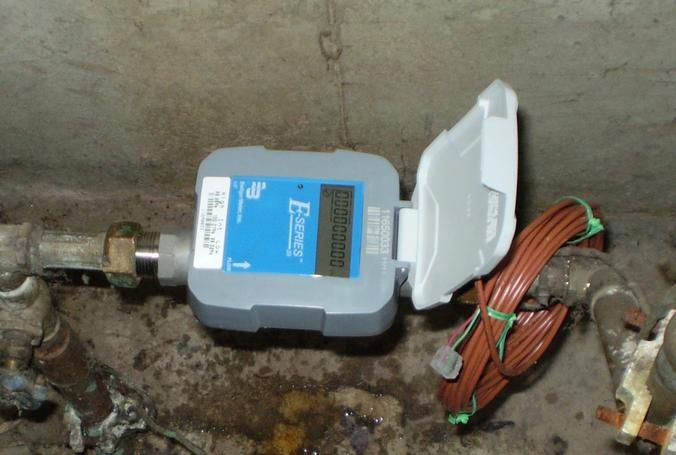 Out of the dark ages

In 2010, Madison Water Utility had a decision to make. The device it had been using for decades to record water use inside Madison homes was about to become obsolete.

"They were going to quit manufacturing our Read-o-Matic system that was first introduced in 1958," recalls MWU customer service manager Robin Piper. "We knew we had to come up with a new way to read meters."

That new way would mean a drastic change for the utility, which had been relying on three meter reading technicians to visit every single home and business in Madison twice a year. Piper says that up to that point, MWU had been operating in the dark ages, lagging behind other utilities when it came to data collection, billing and conservation.

"There wasn't a good way for us to determine just how much water were selling to our customers on a monthly basis," he says, pointing out that major residential leaks were going unnoticed for months. "A customer would get a big 6-month bill and go, 'Oh, I used that much water last summer?'" 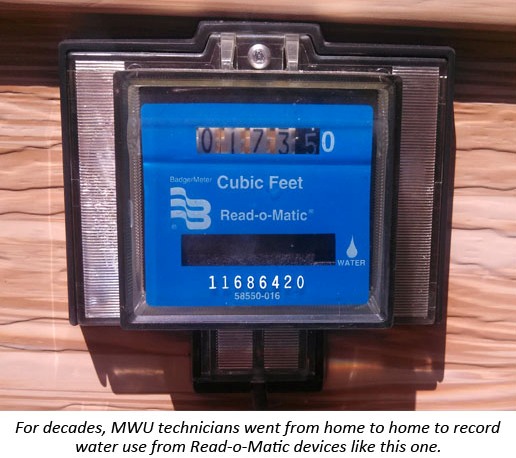 After examining the options, water utility officials decided to take a giant leap forward in technology and adopt one of the most cutting-edge systems available – Advanced Metering Infrastructure, or AMI. The old Read-o-Matics would be replaced with devices that wirelessly transmit water usage data back to the utility. The meter reading technicians would be re-trained to service the new meters. And the utility would be more efficient, better able to catch leaks both inside customers' homes and in its own water distribution system.

Piper says the utility adopted "an aggressive timeline" for installations and began notifying customers in February of 2012 that its new Project H2O was underway, and the AMI system would be installed in every home in Madison. What utility officials didn't count on, Piper says, was the pushback. 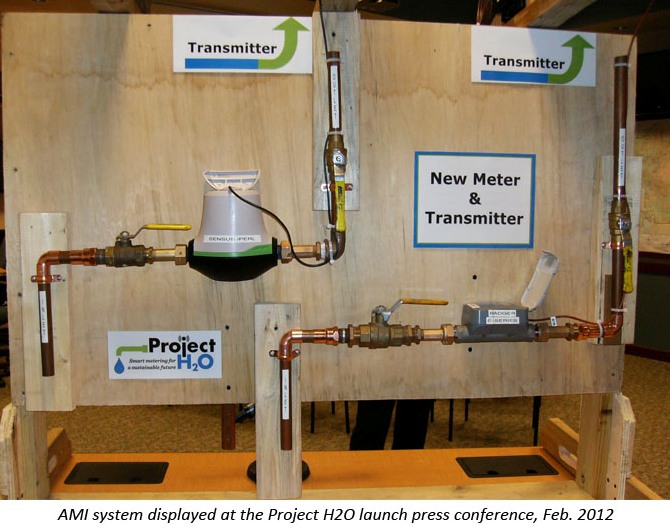 "We started getting feedback from our customers that they didn't want this technology in their houses," he recounts. "We just weren't prepared for it."

Customers who Googled "smart meters" – as the AMI system is often called – were finding everything from health concerns to conspiracy theories. By early July, a group of citizens had filed a petition with the Public Service Commission asking that smart meter installations in Madison be halted.

"They were getting misinformation," Piper insists, although he admits that at the time, Madison Water Utility had little real information available for customers who were concerned.

"It wasn't something that was really on anybody's radar when we first started this, so we had to try to figure out how we could get information out to our customers. It was a challenge for us."

The utility started by addressing health concerns. The AMI devices, which run on AA batteries, are generally installed in a home's basement and emit low-level radio frequencies for a total of about 15 seconds per day. Madison Water Utility asked Public Health Madison Dane County to examine those radio frequencies and create a report, which was released in mid-July, 2012. Researchers found that the radio frequencies emitted during those 15 seconds a day are far lower than RFs from other common devices like laptops, cell phones and microwaves. Finding little in the way of health risks, PHMDC supported the smart meter installations in its report.

"I think that we were able to get that message out, finally, that it's not a threat," Piper says.

The report was enough to calm the fears of most customers, but not all. So Madison Water Utility pressed forward with another plan, something that had never been done before in Wisconsin – an "opt-out" policy. Customers would be able to pay a one-time fee to have the new meter device installed outside their homes, or pay a monthly fee to opt-out of the new system altogether. The plan was passed by the Public Service Commission in October, 2012.

"We really had to take into consideration what our customers were saying to us and offer them alternatives to the technology." 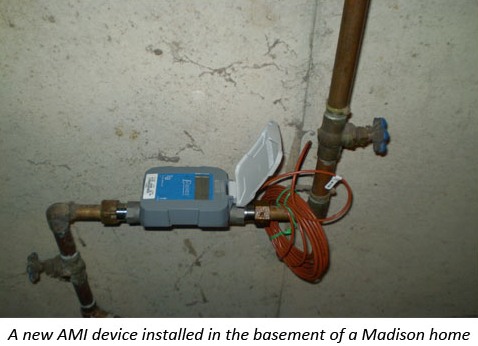 The future with AMI

Now, more than a year later, Project H2O installations are all but finished. Some 66,000 Madison Water Utility customers have the AMI system. Less than 1 percent – about 468 customers – chose not to have the new meters installed at all.

And these days, after years in the dark ages, the utility suddenly finds itself in a new position – as a leader in cutting-edge technology. Other water utilities across the state and country are eager to learn from what happened in Madison.

As Project H2O winds down, Madison Water Utility is focusing on the future and opportunities the new technology is bringing.  The utility is already alerting customers to major residential leaks as early as three days after usage begins to spike. By mid-2014, customers will be able to track their own daily – or even hourly – usage online through MWU's website. The utility will roll out monthly billing by the end of the year.

Piper says the AMI system has opened the door to a new era of conservation for Madison. But the lessons learned from Project H2O will stay with the utility long after "smart meters" fade from the headlines.

"It always comes back to getting out and engaging our customers, doing your best job to educate them about what you're trying to do. How do you get the message out to everybody? There are a lot of lessons to be learned from what we did or didn't do right to begin with."

This content is free for use with credit to the City of Madison - Madison Water Utility and a link back to the original post.
Tags: Conservation, Customer service, Project H2O, Sustainability