Water use in Madison drops to lowest level in 50 years 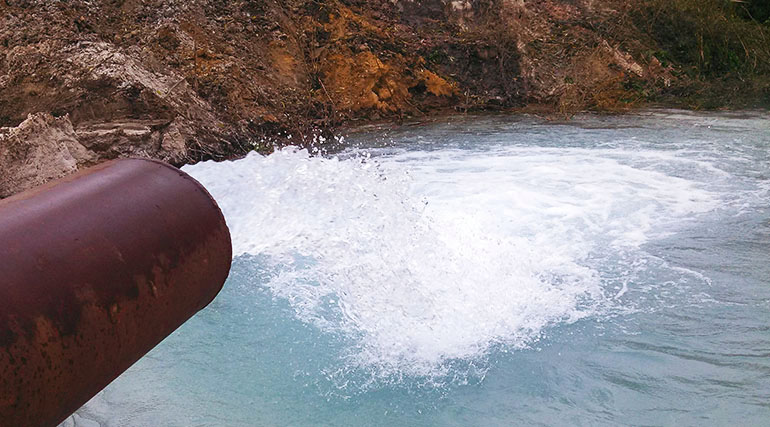 (Photo: Pump test for Well 31 on Madison's southeast side. It will be the city's first new well in twelve years.)

It’s a milestone that just a decade ago seemed impossible. In 2017, for the first time in 50 years, Madison Water Utility pumped fewer than 9.5 billion gallons of water – 9.419 billion gallons to be exact.

“I don’t think anybody would have envisioned this when I started working here,” says Madison Water Utility supply manager Joe DeMorett, who’s been with the utility since 2008.

Madison has about 95,000 more people than it did 50 years ago, but for much of the last decade, water use has been on the decline. The trend is reflected in a similar drop in residential per-capita water use in Madison. People living in single-family homes used about 75 gallons of water per-person per-day 15 years ago. In 2016, that number was just over 55.

In 2008, Madison created a Conservation and Sustainability Plan, outlining strategies to reduce water use in the city. The following year, Madison Water Utility launched its popular Toilet Rebate Program, the first step in an aggressive approach to reduce residential water use to 55 gallons per-person per-day by the year 2020.

“We had the 20/20 goal, and people thought it was going to be a long shot to get down there. But we’re down there!” 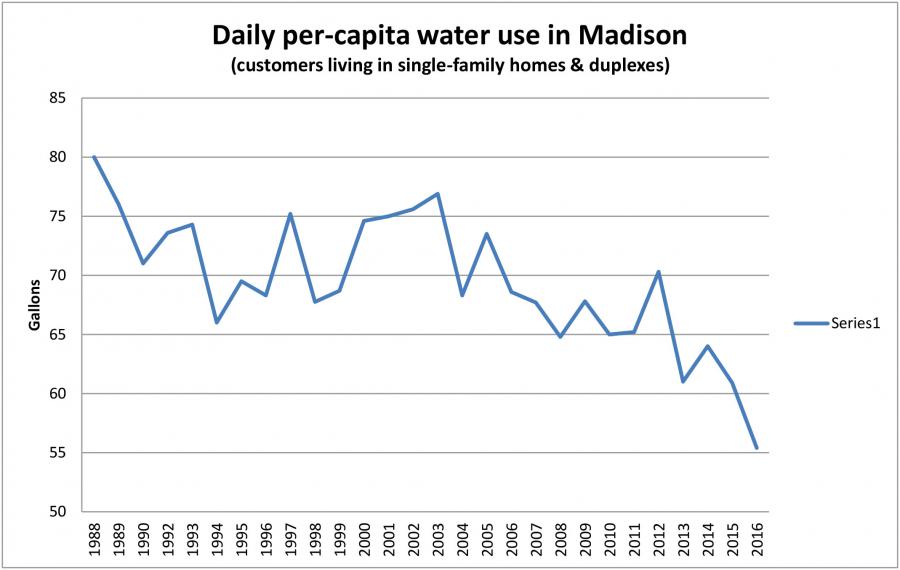 DeMorett believes the residential drop is caused by a combination of more efficient toilets, showerheads, washing machines and dishwashers and a change in behavior.

“It’s got to be all the low-flow fixtures in my mind. And then people just don’t water outside like they used to. I’ve been in Madison since ’93, and you used to see a lot of people watering. But not so much anymore.”

But it’s not just residential water use that has changed in Madison over the years.

“We used have all these dairies, which were big water users. And more manufacturing. A lot of that has gone away.”

When Madison’s Oscar Mayer plant closed its doors in 2017, the impact was immediate. The plant typically used 400 million gallons of water a year when it was at full production. In 2017, it used just over 79 million gallons, mostly in the first half of the year.

All of the water we use in Madison – to bathe, to wash our hands, to fill pools and fight fires – comes from a massive sandstone aquifer formation that sits below the city. Maintaining the health of that aquifer is a priority for Madison Water Utility.

“We need to be sustainable. The water we use has a definite impact on the health of the aquifer.”

For decades, Madison was mining water from its aquifer – taking out more water than could naturally be replaced. In 1998, measurements taken from a well in the basement of the State Capitol building showed water levels had dropped below 130 feet, the lowest since consistent measuring began in the 1930s.

“There were some studies done that showed we had too much drawdown in certain areas – mainly in the center of the city. We had this huge drawdown area.”

But DeMorett says declining water use coupled with changes in the utility’s pumping strategy have turned things around.

“We’ve rebounded about 30 feet since the mid-90s. So it’s definitely healthier. It’s more sustainable. We were on this downward trend and now we’re on an upward trend.” 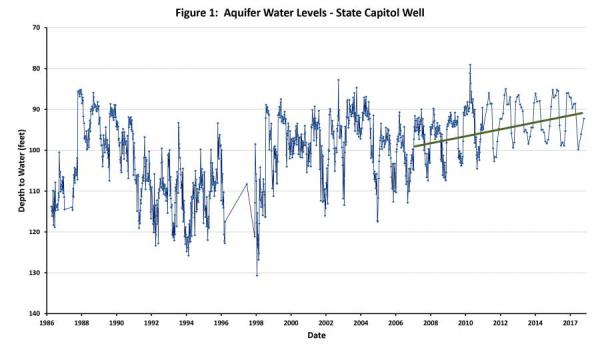 DeMorett adds that people may not realize saving water also saves energy, especially in Madison, where water is pulled to the surface from hundreds of feet below ground. The utility pumps 8 tons of water every minute at every operating well in the city.

“That’s a lot of weight to be pumping. It’s a lot of electricity. When we pump less, we actually use less energy, so our carbon footprint shrinks.”

Madison Water Utility’s annual pumpage totals have been below 10 billion gallons a year for the last three years, and barring a drought, DeMorett believes the trend will continue. And as for reaching the residential water use goal of 55 gallons per-person per-day, he says it may be time to set another goal.

“I think we could easily get to 50. If my family can get under 50, most families in Madison probably could too,” he laughs. “We’re not stingy. We use water when we have to.”