"We'll be doing this forever." Understanding the impact of PFAS 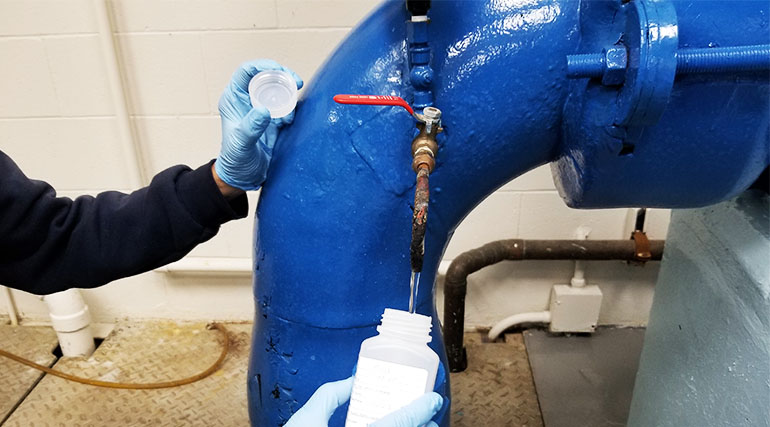 On a warm September evening in front of a packed house at Madison’s Winnebago Arts Cafe, UW aquatic chemist Dr. Christy Remucal described her new research project looking at PFAS in the environment. The project had only been underway for one day. More than a hundred people showed up to hear about it.
Remucal says the intense interest in PFAS hasn’t stopped since.

“I’ve never gotten more phone calls about an issue ever,” she says. “There is a ton of public awareness. People are hearing about (PFAS), and they’re worried,” she says.
PFAS, or Per- and Polyfluoroalkyl Substances, are a group of widely-used chemicals found in everything from pots and pans to food wrappers, dental floss and firefighting foams. Manufactured by chemical companies since the 1940s, PFAS molecules are made up of a chain of carbon and fluorine atoms linked together. Remucal notes the carbon-fluorine bond is one of the strongest bonds in existence.
“There aren’t any known natural processes that break down these chemicals. There is no known biodegradation process at all,” she says.
No one knows for sure exactly how many different types of PFAS compounds are out there – some estimates put the number at around 6,000. Two of the first types ever created, PFOA and PFOS, have been discontinued from use in the United States amid concern over potential health impacts from high-level exposure. But because they don’t break down, you can find trace amounts of the chemicals just about everywhere, including in the blood streams of most people.

“You look at something like PFOS and an environmental chemist will tell you that it’s going to be bad news,” says Remucal. “You can find these chemicals in something like 98 to 99 percent of Americans.”
Remucal’s research focuses on contamination in and around Marinette, Wis., where industrial wastewater leaving the Tyco fire products plant has contaminated streams, sediment, soil and groundwater. Some nearby private drinking water wells have shown combined PFOA and PFOS concentrations of 73 to 1,900 parts per trillion (ppt) – above both the EPA Health Advisory Level (70 ppt) and Wisconsin Department of Health Services recommended groundwater standard (20 ppt).

“We wanted to take a look at what this contamination means for the surface water ... The first phase is focusing right in the Marinette and Peshtigo areas, sampling rivers and tributaries – the water and sediment,” Remucal explains. “The goal is to find out how much of the chemicals stick to the sediment versus staying in the water. Then we want to move a little bit bigger and go out on Green Bay and Lake Michigan and look at both water and sediment again, but on a really big body of water.”

PFAS molecules have a dual nature, they are both hydrophobic (water repellent) and hydrophilic (attracted to water), which makes it difficult to predict how they will move in the environment.
“They’re weird. And that’s what makes them so attractive for industrial applications. This part repels water and this part repels oil, and that’s why we use them so much. But it makes predicting their fate challenging, because they don’t always behave the way we think they ought to,” Remucal says.

The discovery that PFAS had made their way into Madison’s environment happened in 2017, when Madison Water Utility took an unusual step – it tested down to levels far below EPA requirements. MWU had already tested all of the city’s wells for PFAS in 2015 using EPA required methods, and it found nothing. But three years later, after the EPA drastically lowered its own health advisory level for PFOA and PFOS, the utility tested again using advanced methods that could detect ultra-trace levels. It first focused on wells near landfills and Truax Air Field/Dane County Airport, where firefighting foams had been used. Testing found the chemicals at low levels at Well 16 on the west side near an old landfill and Well 15 on the east side near the airport.

“Maybe I was a little naïve because I wasn’t thinking about what a part-per-trillion or two-parts-per-trillion is as a detection limit. We’re talking about three orders of magnitude below where we’re typically measuring organic contaminants,” he says. “I didn’t really know about the contamination at the airport. I think it was just really the start of our understanding that these compounds are out there.”

Two years and many tests later, Madison Water Utility has discovered low-level detections of multiple PFAS compounds at 14 different wells. All show concentrations well below the EPA Health Advisory and Wisconsin DHS recommended groundwater standard for PFOA and PFOS. But a consistent story is emerging – when you look very hard for these “forever chemicals,” you have a good chance of finding them.
“So many people ask me about our water here in Madison, and I tell them, ‘The data’s online, the utility is doing testing and the concentrations are below what the regulations will likely be,’” Remucal says. “I think Madison Water Utility has been really proactive about testing for these things when they didn’t have to. That’s really a good thing.”

Grande adds that gathering data on the impact of PFAS in Wisconsin’s drinking water is only just beginning.

“Madison has done pretty extensive testing, but many other communities have not. There are all these data gaps that still need to be filled. We’re just scratching the surface on occurrence,” he says.
Beyond PFOA and PFOS

As Wisconsin moves toward regulating PFOA and PFOS, concern is mounting about the thousands of other types of PFAS compounds still out there. Madison Water Utility eventually took Well 15 offline, not because of PFOA and PFOS, but because of a substance called PFHxS, a smaller six-carbon chain PFAS compound commonly found in firefighting foams. The utility measured PFHxS in Well 15 at 20 to 21 ppt, higher than standards set for the chemical in New Hampshire and Vermont, but lower than standards in Minnesota and Michigan. People living in the East Washington Ave. corridor served by the well asked MWU to take it offline, which the utility did last March.
Grande hopes PFHxS will eventually be regulated in Wisconsin, but even if Well 15 meets those regulations, it could be hard to find community support for bringing it back online.
“Once you shut down a well, even if it’s only temporary, it makes it more difficult to turn it back on if you say you’re doing it out of an abundance of caution,” he says. Grande emphasizes that the utility currently has no plans to operate the well barring a severe drought. Madison Water Utility is investigating treatment options, or the possibility of finding a new water source elsewhere.
For Remucal, what happened to Well 15 is part of a much bigger picture that goes far beyond PFOA and PFOS.“We’re not making those two in the U.S. anymore. Blood concentrations in American adults have dropped for those two chemicals. So we’ll see less PFOS and PFOA, but we’re using other perfluorinated chemicals instead, like these short chain ones. And this is challenging,” Remucal explains. It’s unclear which of the thousands of types of PFAS produced are currently being used most often. “We don’t actually know how many there are. And there’s no way we can do toxicity or environmental fate studies on all of them. It’s not possible.”
Warning signs at Starkweather

People walking along Starkweather Creek will soon see new warning signs posted along its bank, advising them not to let their pets drink the water and to avoid accidental ingestion while swimming or wading. The move comes after DNR testing found elevated PFAS levels in the creek. In one sample, PFOS was measured at 270 ppt. People should also avoid touching foam that floats on the creek’s surface, which concentrates PFAS.
“Exposure to high levels of PFAS in the environment is a health concern. The chemicals can build up in fish tissue, much like PCBs, which have been found in local fish,” says Doug Voegeli, director of environmental health for Public Health Madison Dane County. “Right now we’re advising people to follow current fish consumption advisories until we get more information.”
The new signs are temporary as Public Health Madison Dane County awaits results of DNR fish tissue sampling in the creek to see if fishing advisories will need to be updated. Fish were gathered months ago, but the DNR had to seek out highly specialized labs because typical lab equipment contains PFAS. The results are expected by the end of December.
According to the DNR, contamination at Truax Air Base is a known source of PFAS near the creek, but there nay be others. The agency is planning further investigation in the area.
Meantime, the Madison Metropolitan Sewerage District has announced it has approved a plan to do advanced PFAS testing in its wastewater and biosolids once state-certified labs are available.
“We have developed a comprehensive approach that helps fill some sizeable gaps in the science of PFAS in wastewater and biosolids and establishes a baseline, through standardized testing, for us to better monitor PFAS in our system,” says Martye Griffin, director of ecosystem services for MMSD.
The sewerage district is quick to point out that, like drinking water facilities, wastewater treatment plants are not original sources of PFAS. Remucal says while the state is pushing water and wastewater utilities to test, she doesn’t see the same level of action on the consumer side to stem the amount of PFAS being put into our environment in the first place.
“There are definitely groups of scientists who are calling for dealing with these things as a whole class. The idea of essential use versus non-essential use—when do we really need these chemicals and when can we do without them? I’m a little bit pessimistic about the total amount of organic fluorine chemicals we’re using,” she says. “Especially for someone like me who’s an environmental chemist, I’m thinking, ‘Which ones should I look for?’ because there are so many … there’s no way you can go after and regulate one at a time. We’ll be doing this forever.” 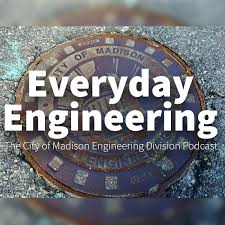 This content is free for use with credit to the City of Madison - Madison Water Utility and a link back to the original post.
Category: Water quality
Tags: PFAS, Water Quality, Testing, Remucal, UW Madison