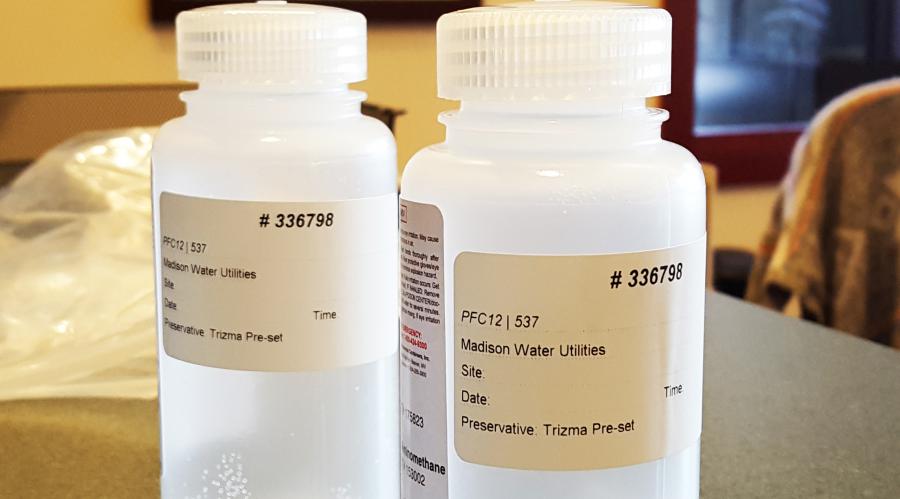 In 2015, Madison Water Utility tested all 22 of its wells twice for a class of unregulated chemicals known as perfluorinated compounds, or PFAS. Widely used in firefighting foams, non-stick cookware, food packaging, and stain- and water-resistant fabrics, the compounds have recently come under scrutiny because of potential health impacts.

“One of the reasons they’re so concerning is that we’re finding them everywhere,” says UW Madison aquatic chemist Dr. Christy Remucal. “They’re really, really hard to degrade, they’re very persistent in the environment, and they build up in the body.”

According to the EPA, high concentrations of certain types of perfluorinated compounds could cause health problems like cancer, low birth weight, delayed puberty onset, and reduced effectiveness of vaccinations.

“You find groundwater plumes near military bases and airports, where firefighting foams are used. Some of the smaller ones are transported in the atmosphere as well. They can be transported globally, so you find these compounds all over the world,” says Remucal.

“There was some research out there that showed there may be some health effects at lower levels than the reporting limits established by the EPA,” explains Madison Water Utility water quality manager Joe Grande.

So the utility re-tested 5 wells located near old landfills or the airport, using methods that could detect much lower concentrations. The testing was not required by the EPA, but Grande insists it was important to take a closer look at the wells most at risk.

“I think that’s what our customers expect from us. I think they want us to understand the emerging issues and be at the front of that when these issues are identified.” 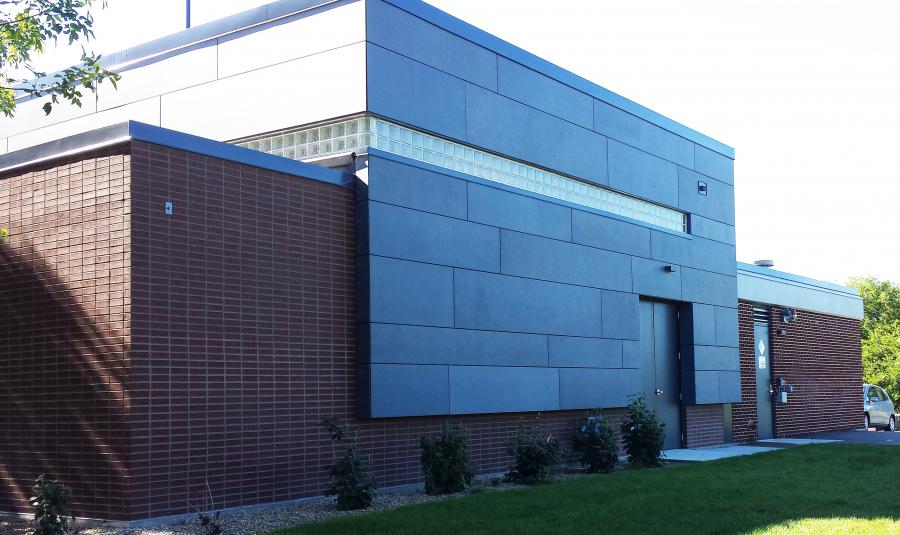 “That’s at a very low level, just above the detection limit. I don’t think there’s any health risk associated with the level we found at Well 16,” Grande explains.

But levels found across town at Well 15 (pictured) on East Washington Ave. could pose more of a concern.

“We have a combination of these perfluorinated compounds at Well 15,” Grande says.

The utility detected five different types with a combined concentration of 0.037 parts per billion. While the EPA does not currently regulate perfluorinated compounds in drinking water, it has established a lifetime health advisory level for two types (PFOA and PFOS) at a combined concentration of 0.070 parts per billion. The health advisory level is meant to ensure the safety of water over a lifetime of consumption. If a utility finds concentrations above the limit, it is encouraged to notify the public of a potential long-term health risk.

“We’re below that limit by a substantial amount right now. Often times these limits are established with margins of safety. They’re usually established in a pretty conservative way to be protective of public health over a person's lifetime.”

“We do have regulations or advisory levels. Those are generally fairly conservative … I’m not super concerned about it here in Madison. The concentrations are pretty low, and it’s just in a couple of wells where you might expect to see them. I feel like we have—and from all the data I’ve looked at—we have good water here.”

Still, Madison Water Utility made the decision to notify alders in both the Well 15 and Well 16 areas when results came in last fall and highlight the information in its Annual Water Quality Report, even though no public notification is required.

“There is an expectation that we know as much as possible about our water and that we communicate that information to our customers,” Grande says.

Grande says you don’t have to look far to find potential sources of perfluorinated compounds at Well 15. Truax airfield sits less than a mile away, along with two burn pits and an old landfill. After Madison Water Utility shared its test results with the DNR, the utility was notified that contamination had been found at the Air National Guard base.

“We know there is contamination in the soil and shallow groundwater, just based on the National Guard Bureau and their recent report. They reported to the DNR that there is an issue.”

Grande says firefighting foams have likely been used during training at the airfield for decades.

“The National Guard Bureau has done an investigation. It’s not just at Truax. It’s at air bases all over the country. So these investigations are on-going.”

The two burn pits located on opposite sides of the airfield were also used for firefighter training.

Grande says it wasn’t just the National Guard that used the pits.

“City, county, other municipalities may have done training there too,” he says.

As Madison Water Utility begins reaching out to the DNR and Air National Guard in hopes of developing a plan for monitoring and potentially cleaning up contamination at Truax, scientists across the globe are struggling to deal with one of the most persistent classes of chemicals ever produced.

“I think perfluorinated compounds are the real deal. These aren’t something that are just going to be studied for a short amount of time and we’re going to forget about them,” Remucal says. “They are so difficult to break down.”

She notes that many types of perfluorinated compounds are still in use.

“There are so many examples of classic contaminants where we learn after the fact that they are very harmful and probably shouldn’t have been used in the first place. We can tell from looking at perfluorinated compounds – we can tell that they’re going to be a big problem just from looking at the molecule … I wouldn’t say it’s a losing battle. But sometimes it feels like we’re not making progress. Sometimes it feels like we, as a society, maybe we don’t learn.”

Grande says treatment for perfluronated compounds is expensive and very energy-intensive, and fortunately levels at Well 15 are very low. The focus right now is to get a better understanding of what could be ahead.

“We plan to ask the DNR and potentially the Air National Guard to do more in terms of the off-site monitoring of this migration. We could be on the front end of these contaminants getting into the well. But we just don’t have any characterization of the plume at this point. It could get worse. It could get better. We don’t know.”

Find out which of Madison's 22 wells serve your address