There have been 69 main breaks and counting in the first two months of 2019. 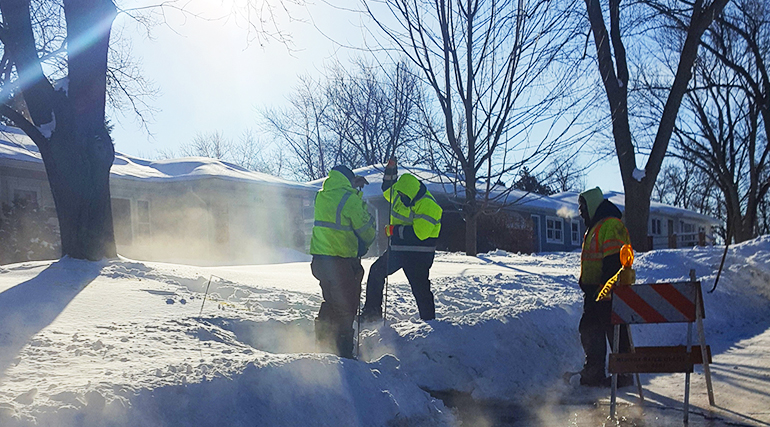 (Photo: MWU crews respond to a water main break as temps plunge to -20)

It's 10:30 p.m. in the middle a February deep freeze when the call comes in—a six inch wide water main has ruptured beneath Longview Lane just off Moorland Road. It's the seventh main break of the day.

“You’ve got to be ready for it because that’s what we do,” says Madison Water Utility field supervisor Don Russell, who spent decades fixing broken water mains in Madison. “You have to like the cold. Gotta like being outside. If it’s below zero, so many people stop and tell us, ‘Thank you for being out here.’”

In just 15 days, from January 28 to February 11, Madison Water Utility crews repaired 53 main breaks across the city. MWU principal engineer Al Larson explains that it’s not just a sudden plunge in temperatures that can take a toll on water mains, a quick thaw can cause breaks too.

"The soil expands and contracts as it freezes and as it thaws," he says. "For the older, more brittle mains – the ones that were built in the 30s, 40s and 50s – it gets to the point where they just can't take that force and break." 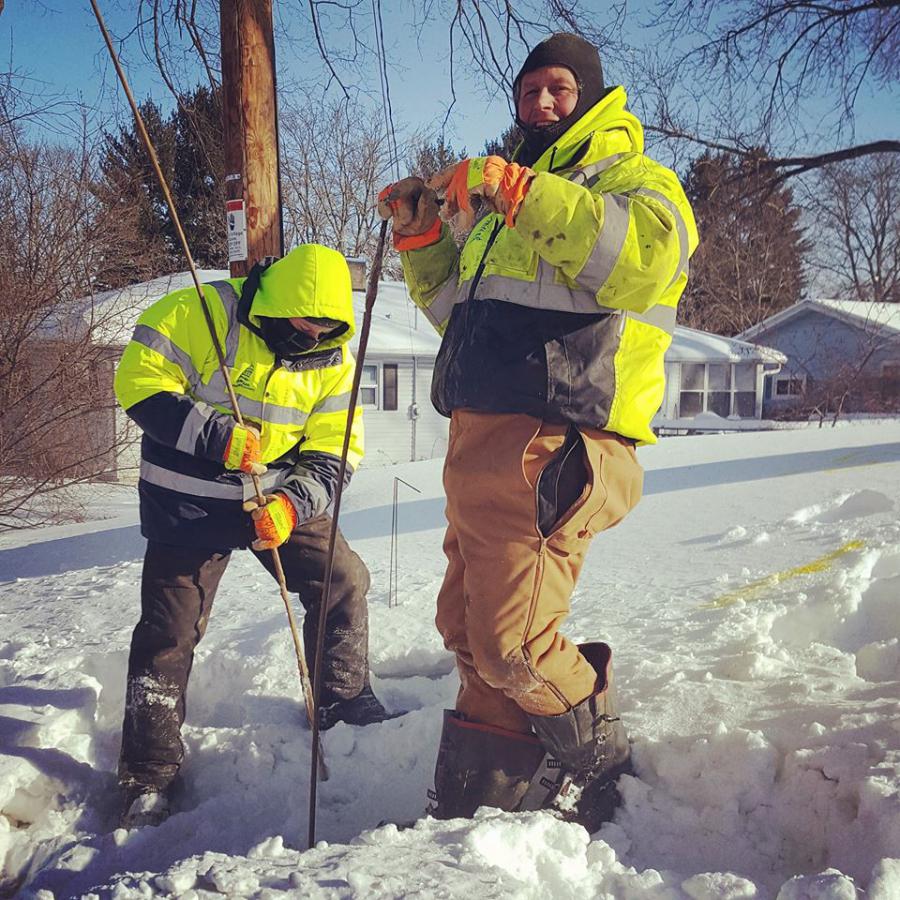 Much of Madison's water main infrastructure dates to World Water II and the immediate postwar era, when pipes were made of a less durable material called spun cast iron. While the pipes have served the city well for more than six decades, they're now starting to show their age. Madison Water Utility crews generally repair more that 200 main breaks every year. According to Larson, that's too many.

So the Utility has been pursuing an aggressive plan to overhaul Madison's older water infrastructure. Between 2005 and 2017, it replaced 100 miles of aging water main at a cost of more than $100 million.

"We could always repair – more crews, more equipment. We could always say, 'Three or four hundred breaks a year is okay. We're just going to live with it,’” Larson notes. "But people are not going to want to see their street dug up every year and disrupted service. People just get to that tipping point and they say, 'No more. We've got to do something.'"

And in a place like Wisconsin, where weather can be extreme, caring for mains is critical.

MWU General Manager Tom Heikkinen insists the utility's investment in its infrastructure has kept winters like this one from being even worse.

“Without all those replacements, we might be really struggling to keep up with main breaks. People would be out of water, perhaps even more than a day in some situations, if we didn’t keep on top of our main replacements,” he says.

Russell has often been on the front lines of water outages, notifying people in main break areas that their water will be off for hours during a repair. He says that's when people start to understand how important those buried pipes really are.

"People don’t realize how much they need their water until they go without. A lot of people tell us that. They take it for granted.”

This content is free for use with credit to the City of Madison - Madison Water Utility and a link back to the original post.
Category: Serving the Community, Sustainability
Tags: Madison, Water Mains, Main breaks