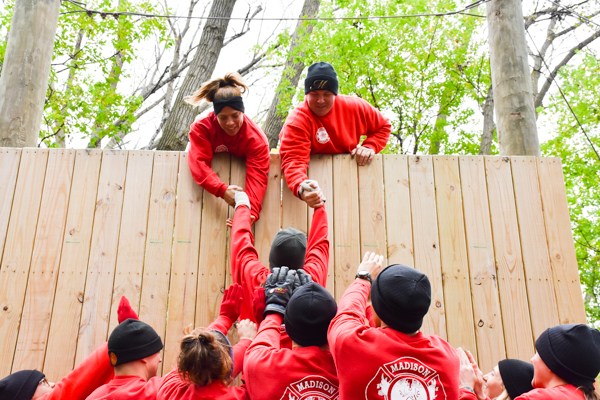 What is the Recruit Training Academy?

During the Academy, recruits begin with the basics of firefighting and progress until they are performing advanced, evolution-based scenarios such as smoke diving, advanced rescue, engine company "combat ready" drills, and firefighter survival and rescue. Training and certification is provided in the areas of Hazardous Materials Operations and Emergency Medical Technician (EMT-B).

The Academy is physically and mentally challenging. Not all recruits make it through to completion. The MFD Training Staff is committed to making the best new firefighter/EMTs and making existing firefighter/EMTs better.

How long is the Recruit Academy?

The Recruit Academy takes up to 20 weeks to complete. If a recruit has existing certifications and appropriate licenses, the Academy may be shortened.

Are new recruits paid while in the Recruit Academy?

Yes. For more information on salary and benefits visit any one of the following sites:

I'm already a firefighter/EMT. Do I still have to go to the Recruit Academy?

Yes. All new members of the department are required to attend the Recruit Academy regardless of past years of firefighting experience. However, pending an assessment by the Training Division, some experienced firefighters may qualify for an accelerated academy schedule. This accelerated academy is designed to help the recruit become a successful member the engine or ladder company to which they'll be assigned upon completion of the academy.

Take a look inside the MFD Recruit Academy