The new Mid-town Police District is scheduled to open very soon.  When that occurs later this month, our District will be the largest in the City in terms of geography and population. Our officers and detectives stay quite busy. During the month of August, MPD addressed 2115 incidents in the East Police District alone. That is an average of more than 117 incidents per day.

By far, the majority of our incidents are in response to calls from citizens. These call types are varied and include crime related calls for service as well as non-criminal occurrences such as traffic crashes. Officers will also initiate their own activity which may include things such as proactive foot patrol or responding to community complaints by conducting traffic stops for on-sight violations such as red light running or speeding.

Call for service incident titles are created with the call is originated or first received by the dispatcher. This original title often does not reflect what actually occurred and what is ultimately investigated by MPD. Below are some graphs which display the time and day of week when your East officers are the busiest, as well as the top 15 call types officers responded to last month. 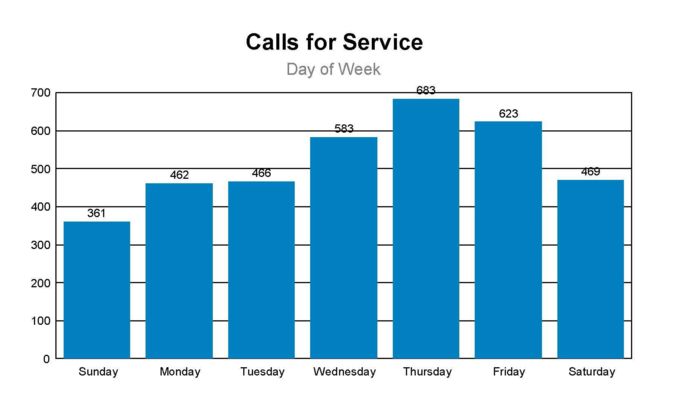 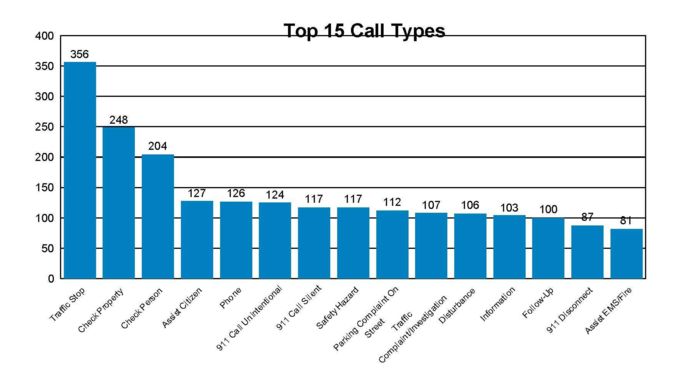