Vandalism in the form of graffiti is very frustrating and costly for a property owner. In addition, graffiti can cause concerns regarding gang activity in an area, which drives more neighborhood fear. While each piece of graffiti is unique, it generally comes from one of two general sources: either a "tagger" who is not involved in a gang or "gang" graffiti, which is sometimes associated with territorial disputes. So how do you know what type of graffiti is springing up in your neighborhood?

Sergeant Brian Chaney is the supervisor of the gang unit and provided the following information to distinguish the types of graffiti.

Taggers are graffiti vandals who mark a property with a name or a symbol for artistic purposes (albeit illegal). Taggers don't generally commit these acts of vandalism for any other reason. They mainly work independently and aren't generally members of gangs. Below are a couple of examples of tagger graffiti. 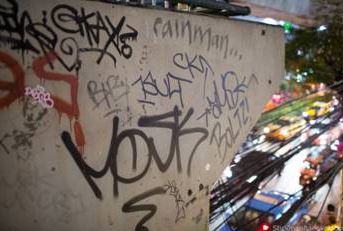 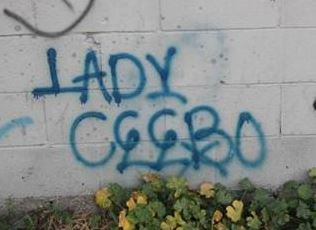 Gang graffiti almost always involves the use of a gang symbol, number, or letter to claim an area or to show disrespect to another gang. The below pictures are examples of street gang graffiti. "GD" is representative of the Gangster Disciple gang. Their symbols are the pitchfork and the six-pointed star. "MS-13" represents the Mara Salvatrucha gang. One of their symbols is the number 13, which corresponds with the letter "M," the 13th letter in the alphabet. The appearance of street gang graffiti is usually a sign for me that there's a problem brewing in a neighborhood, which I don't believe is the case in your area. 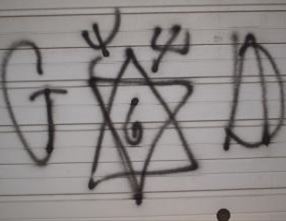 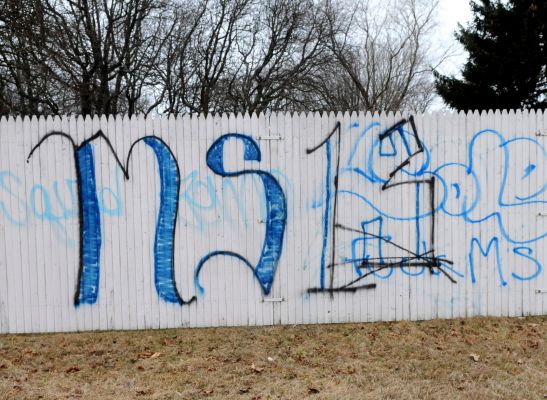 It is wise to take photos, report the graffiti, and then remove the graffiti promptly. The City also has a program to help residents and businesses remove graffiti as quickly as possible for a flat fee. Please see the link below for further information.