Recently, a citizen reported being contacted by someone who claimed they were with MG&E.  They were told they had a several hundred dollar outstanding bill and that if it was not paid within 45 minutes, their power would be cut off.  They were then told to go to Walgreens and buy a cash card to pay the outstanding bill with.

Luckily the homeowner did not fall for this.  Many of our scammers seem to like to ask people to pay them in cash cards.  Be very wary if you are asked to do this.  Don't rush into anything and do your due dilligence before responding. 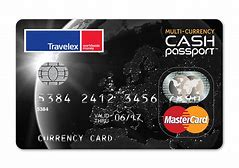