This week was a busy one for MPD and awards, we started the week out on Tuesday night with the annual MPD awards.  I will note that west side resident Paula Fitzimmons received an Outstanding Support award for all she has done over the years to support MPD.  Congrats Paula! 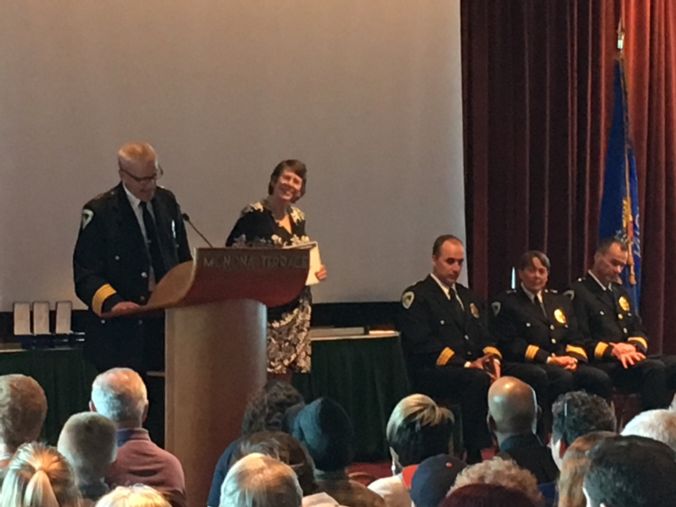 Yestersday the Sauk Trails Optimist Club recognized two of the West Districts finest.  Off. Bryan Dyer (left) and Off. Mike Mawhinney (right) received Officer of the Year awards from Steve Bailey, at a nice luncheon hosted by the club.  Congrats to those two officers on this fine achievement! 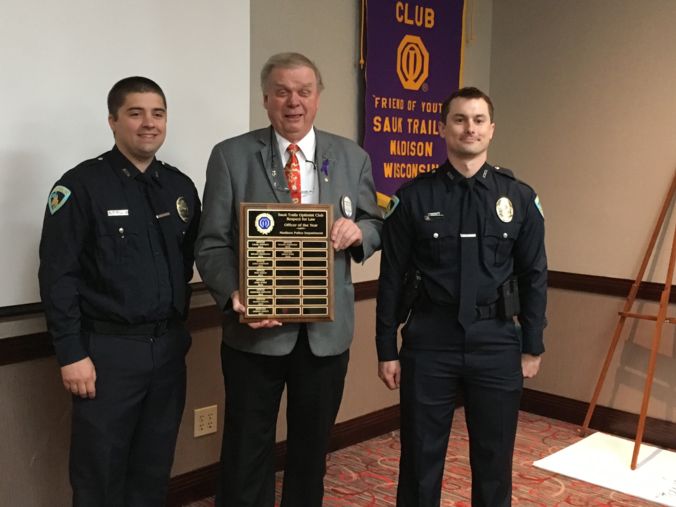