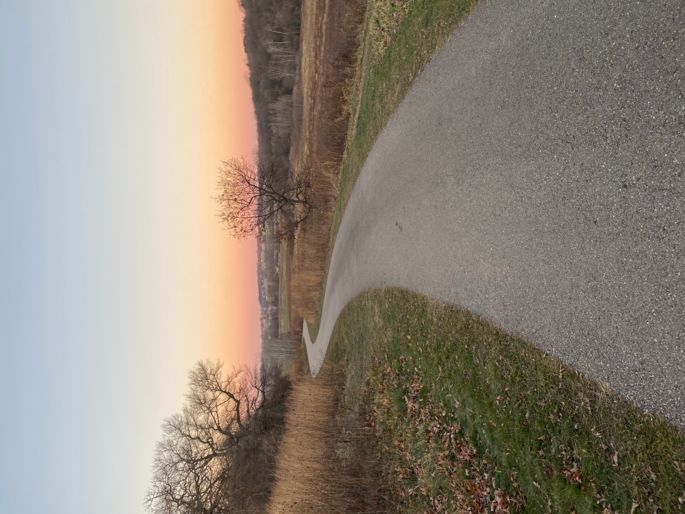 Door Creek Park is approximately 160 acres, located east of the I-90/39 and south of I-94, between Milwaukee Street and Cottage Grove Road (County Highway BB) in the Door Creek neighborhood. This large community park has been in the planning and acquisition stage since 1990. Door Creek Master Plan, approved in March 2008, includes both passive and active recreation and a shelter.

Door Creek runs through the park and continues south to Lake Kegonsa.

WINTER RECREATION
Door Creek Park offers a free-to-use, intermediate ski trail through hilly woods. As snow conditions allow, the trail is groomed for classic skiing. Snowshoeing is not allowed on the groomed trail but is allowed elsewhere in the park with good snow cover.  ORIENTEERING
Orienteering is an activity in which participants use a map and compass to navigate an area and find posted markers. Participants can complete the course competitively or casually, perhaps racing one another or simply finding markers at their leisure.

The orienteering course is ONLY OPEN in the non-winter months, as several markers are placed on cross-country trails.

What you will need: Using the Map
The map is a very simple guide to finding the markers throughout the park. North on the map is the top edge. On the map, the purple circled numbers denote the locations of the 12 numbered markers, and the purple triangle is the starting and ending point. The circles show a control area with about a 15-foot radius inside of which the marker is located, and the purple lines spanning from marker to marker denote the compass direction from each and to each as the crow flies. The marked trails are still to be followed.

Signs/Markers in the Park
Markers consist of a green metal post extending 4 feet out of the ground, with a 6x6 inch orange-and-white sign fastened to the top. The sign has a number on the top left to show which marker it is, and a Greek letter on the bottom right, as shown below.

Using the Greek Letters (optional)
If participants wish to run a competitive orienteering race, they can print out the Marker Symbol Sheet in addition to the map. Participants copy down the Greek letter found on the signs to prove that they did in fact find the markers. The sign numbers and their corresponding letters can also be found in the Symbol Key document on this page. 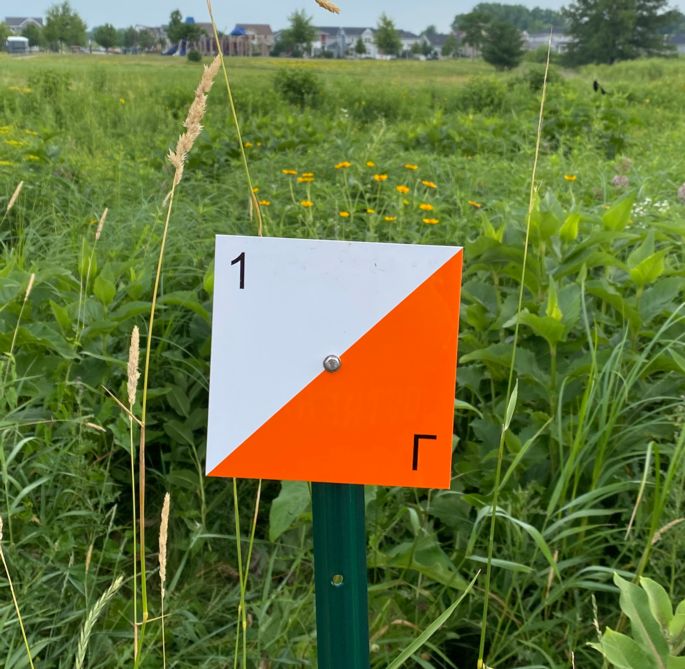 This orienteering course was constructed in July 2022 as an Eagle Scout Project by Zane Brolin and Troop 16.

Get to This Park