In addition to the food, Kioja Dance entertained the crowd with a step dance performance.  Kioja, coached by Faith Stevenson, trains young women from East and Lafollette High Schools in the art of step dance.

The neighborhood kids, students at Hawthorne Elementary impressed the crowd speaking about an improvement project in the neighborhood.  The school, police and other city agencies are exploring improvements to the pedestrian tunnel beneath East Washington Avenue at Wright Street.

The biggest news of the night was the outcome of voting for best chili in the neighborhood.  In a shocker, Hawthorne Teachers, two-time defending champs, went down to defeat.  Coming out on top, as the crowd favorite was Sheray Wallace's "Meadowood in the House Chili". Sheray proudly took home the coveted winner's trophy. Other contestants were heard to say, "next year, the trophy comes back home to the east side!"

Madison Police are pleased to continue this and other partnerships with community members throughout the City of Madison. The successful chili dinner is just the latest example of MPD's Core Value of community partnership 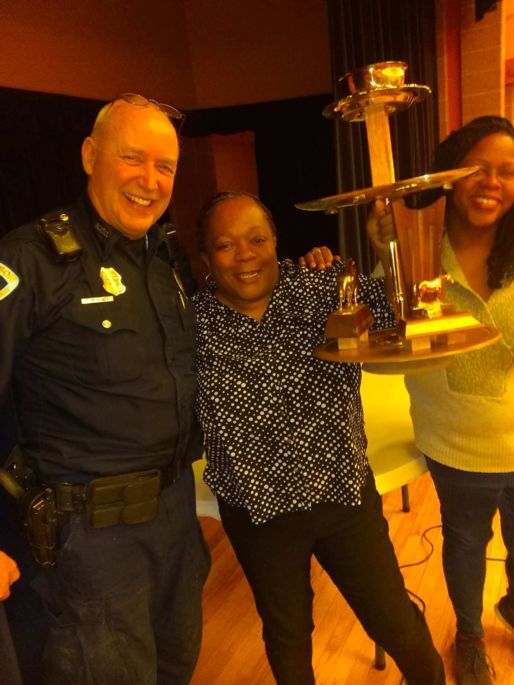