Election Officials, or Poll Workers, facilitate the right to vote and maintain order at the polls on Election Day. They ensure that our elections are open, fair, impartial, and trusted. One of the most rewarding ways to become involved in the election process is to become an Election Official.

The City of Madison Election Official application is now closed before the November 8, 2022 General Election.

Applications received before 8:00pm on Tuesday, November 1 will be entered and applicants will be sent an email asking for their availability.

Apply to be an Election Official

The City of Madison pays its Election Officials an hourly living wage, which is adjusted annually for inflation. The 2022 living wage is $14.01 an hour.

The City of Madison Payroll requires a Form W-4, Employee's Withholding Allowance Certificate before it will issue paychecks. New Election Officials need to complete a W-4 form and a Wisconsin form WT-4 and return them to the City Clerk's Office prior to Election Day. Forms W4 and WT-4 only need to be submitted once.

Election Officials may choose to receive pay via direct deposit by submitting a Direct Deposit Authorization Agreement. Be sure to use the correct routing number from a check, not a deposit slip. Routing numbers for direct deposit never begin with a "5".

High School students are allowed to work once the authorization form they are sent by the Clerk's Office is signed by the parent/guardian and the High School principal for each election. Learn more about becoming a Student Election Official.

Approximately five weeks before each election, Election Officials who indicated availability on their scheduling survey will receive an email message providing their assignment and a link to the training schedule. All scheduling communications are best handled via email to madisonvotes@cityofmadison.com. Phone calls are less efficient and effective. 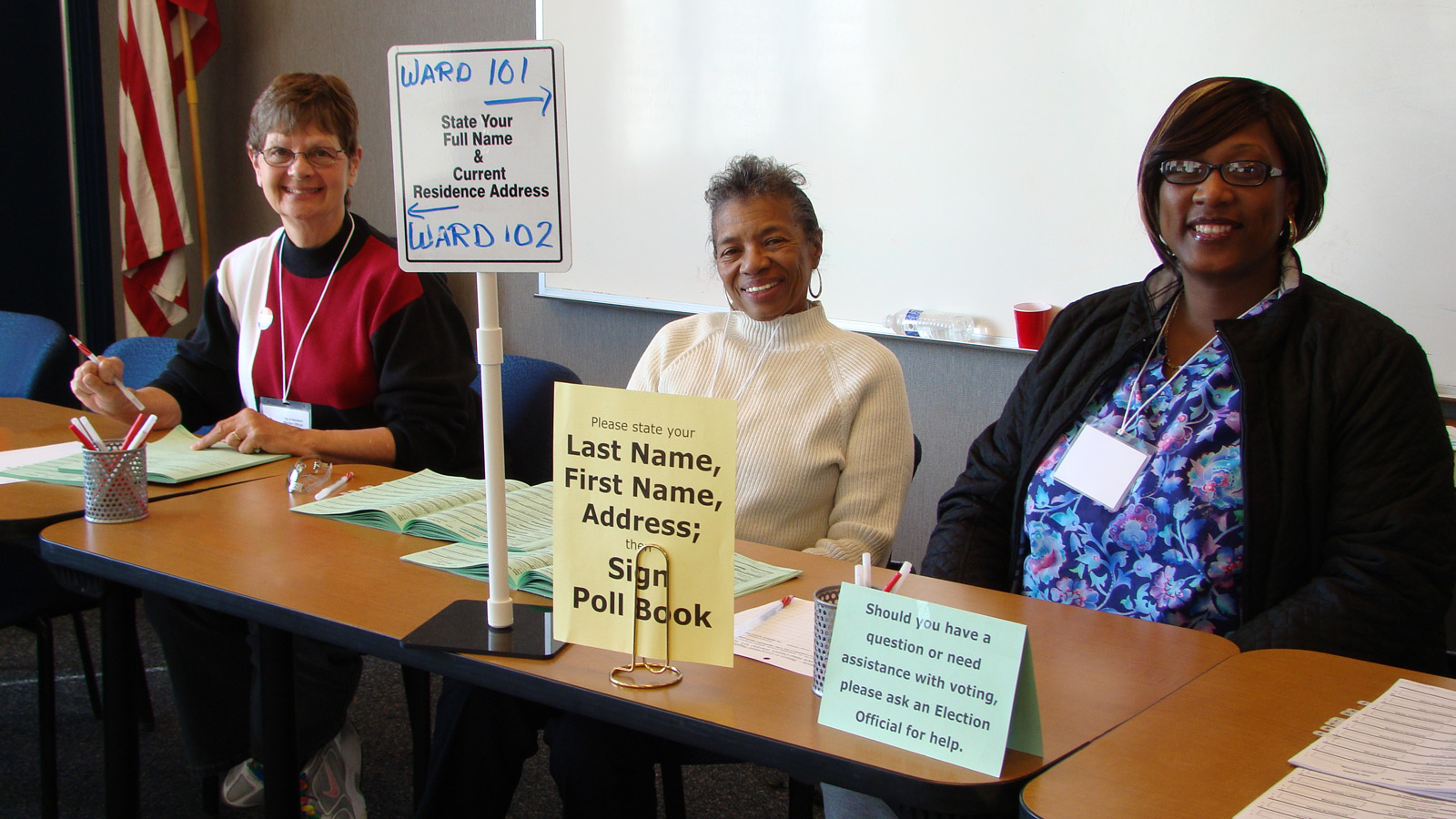 Why am I a poll worker?

I was raised to believe that working at the polls was my civic duty. As long as I am able, I want to help people exercise their right to have their voice heard. Besides, it's fun.  -Sue G.

I work at the polls to experience the real world outside my daily routine. It is like a vacation, doing something different, interesting, and fun.  -Jean P.

You keep in touch with your neighbors and have a feeling of satisfaction that you are doing something worthwhile to help your neighborhood. There is joy in being part of something of value.  -Sharon F.