Pollination is the process of moving pollen from one flower to another of the same species to allow the plant to produce fertile seeds.  About 70 percent of the world’s plants are pollinated by animals: insects such as bees, butterflies, moths, wasps, flies, and birds such as hummingbirds.

Humans rely on pollinators for the production of up to a third of our food crops, and many other non-food crops and plants.  Unfortunately, many pollinators are facing threats in the form of habitat loss due to development, decline in habitat quality, introduced diseases, and increased pesticide use. 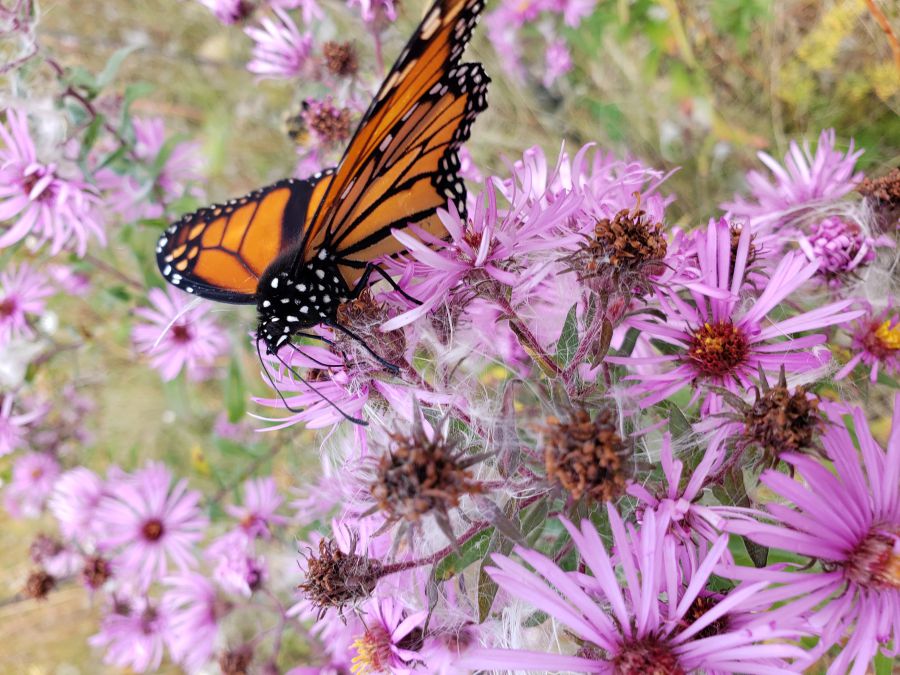 The City of Madison created a Pollinator Protection Task Force in 2015 to provide strategies to help Madison become a more pollinator-friendly city.

As part of this outreach, the Engineering Division works to establish pollinator plantings on both its stormwater drainage land and other parcels such as bike paths and green roofs.

Learn more about how City Engineering is working to increase the pollinator habitat:

Pollinators transfer pollen between plants in the process of feeding on nectar produced by the plant.  The relationship is “symbiotic,” or beneficial to both the plant and the pollinator. Plants that are especially helpful to pollinators are those that bloom for long periods of time, produce a lot of nectar or bloom at times of year when there are few other flowering plants. 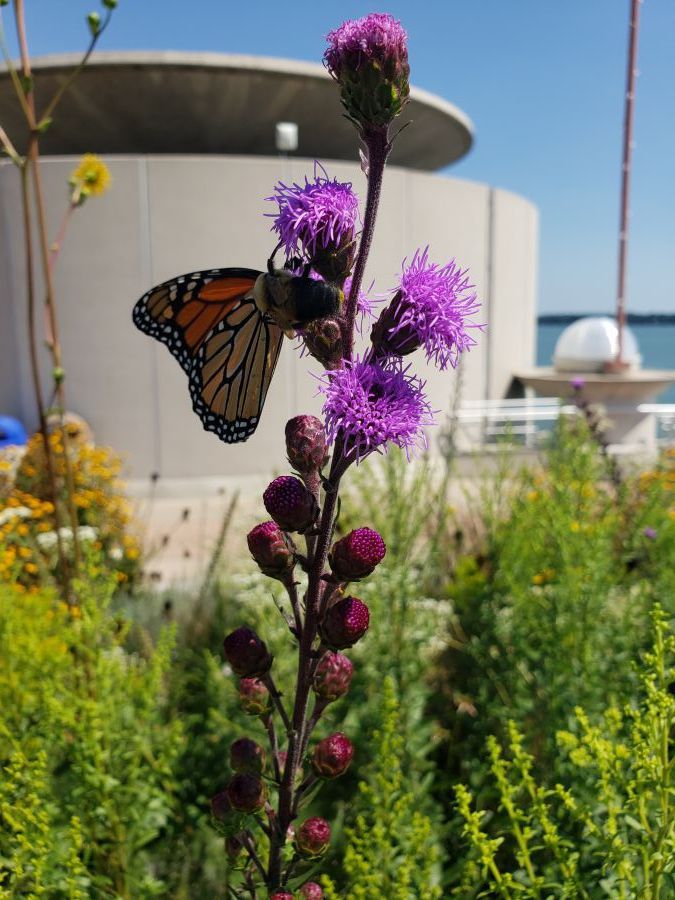 Native plants may be specially adapted to benefit native pollinators: for example, hummingbirds have long narrow bills that allow them to sip nectar from the base of narrow, tube-shaped flowers like cardinal flowers; bottle gentian flowers do not fully open when in bloom, allowing only very strong bumblebees to force their way inside to reach the nectar and pollen.  Stormwater pollinator plantings include native plant species with a wide variety of blooming times, forms, and special features. Plantings also include native grass species to provide over-wintering homes for pollinators such as moths, and fall seeds to feed birds and other wildlife.

Native plants that are especially beneficial for pollinators can be found in the following resources: