In addition to stormwater drainage features like greenways and stormwater ponds, a 275-mile-long network of storm drains and underground pipes collect stormwater and convey it through the system. Depending on where the water is collected it may be treated by a feature like a pond or a catch basin. Ultimately, most stormwater ends up in our lakes.

Some municipalities have a combined sewer system where both stormwater and wastewater are collected in the same pipes. Madison, however, runs independent systems in which there are separate pipes for both types of water. Wastewater from homes, businesses, and other buildings will eventually make its way via the sanitary sewer to the Madison Metropolitan Sewage District (MMSD) treatment plant. 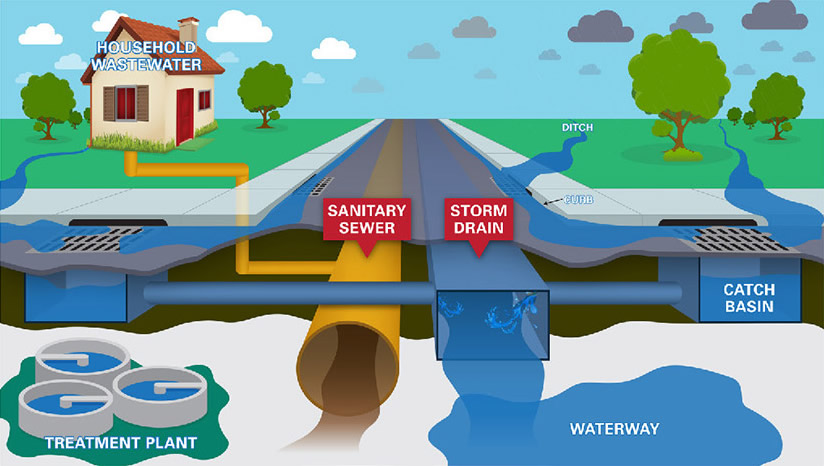 Stormwater, on the other hand, is never brought to a treatment plant. Instead, it is carried away from streets and homes and directed to lakes and rivers.

Along the way, this water may run through a greenway or be temporarily stored in a pond or catch basin.

Catch basins are another type of infrastructure that lie beneath the surface. Strategically placed at numerous inlets, catch basins act like a pond in miniature to slow down water flow and catch pollutants as they settle.


In the same way that ponds need to be dredged occasionally, catch basins require clean-out maintenance so that they can continue to effectively trap runoff pollutants.