MPD officers handled 4,368 incidents in the West District during the month of August.  This is an average of 141 incidents per day. 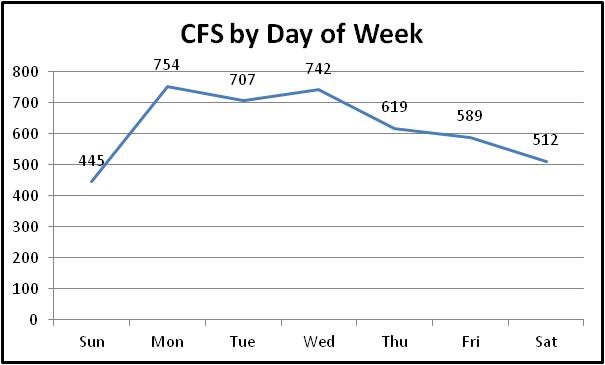 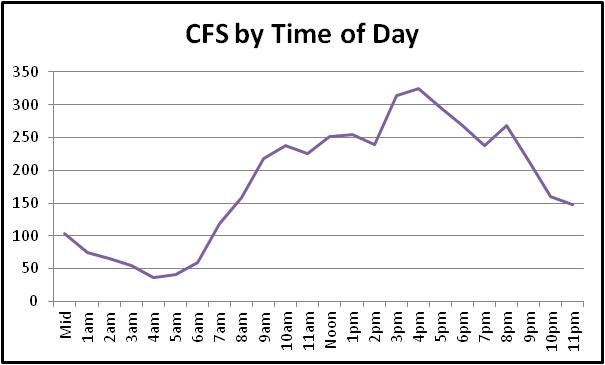 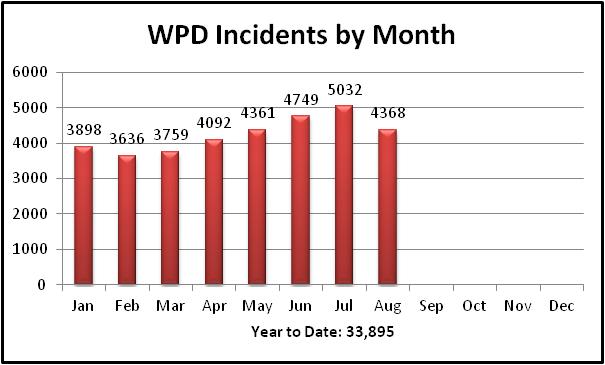 A comparison of West District incidents from August 2015 to August 2016: 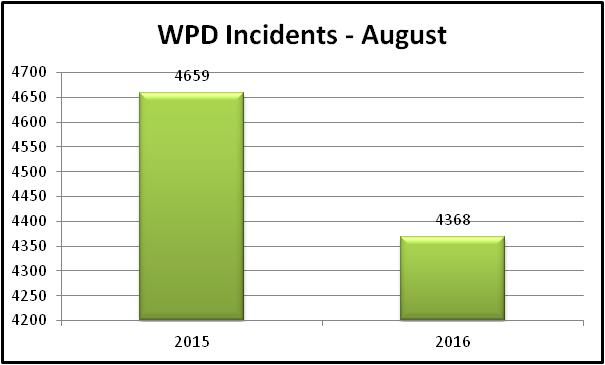 It is important to remember what an "incident" is.  In most instances an incident is a call for service, where a citizen calls to request an officer for something.  This might be a crime, but many times officers respond to things that are not criminal (traffic accidents, civil disputes, parking issues, etc.).  Also, many self-initiated activities officers engage in result in an MPD incident being created.  These include traffic stops and foot patrol. Finally, incident types/titles generally reflect how the call is categorized when first received by dispatch, and this may not always reflect the actual crime/behavior/situation