On Tuesday, August 20, Traffic Enforcement Safety Team (TEST) officers participated in red signal enforcement at the corner of University Av and N Brooks St. Officers were out to monitor correct and safe stops at the red traffic signal at that intersection. The team had 30 stops: three were vehicle stops, resulting in two tickets, and 27 were bicycle stops, resulting in two tickets. All other stops were issued written or verbal warnings.

This enforcement effort was backed up with assistance from Zac Barnes and the Bicycle Federation of Wisconsin (Wisconsin Bike Fed). Zac and patrol officers set up an information table just east of the intersection, with literature about safe and legal bicycle riding practices. In the nearly four hours that this information station was set up along the bike lane, fifty citizens stopped in order to converse with officers about bicycle riding laws and safety practices, as well as to pick up literature for further education. Hundreds of citizen passerby on bicycle, on foot, and in their vehicles saw this high-visibility display. 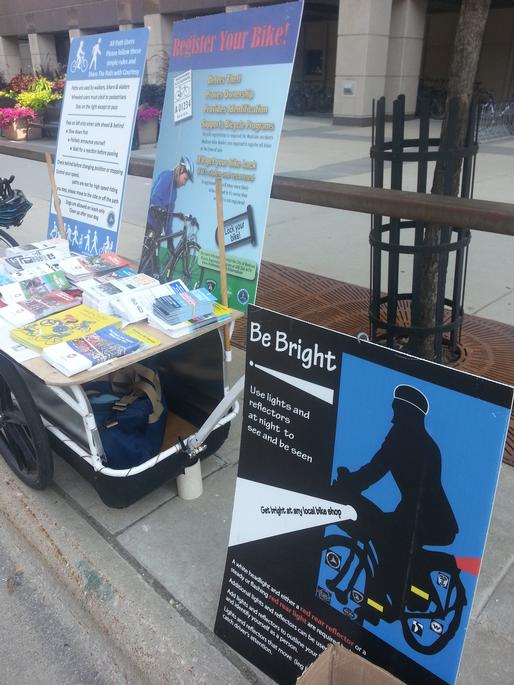 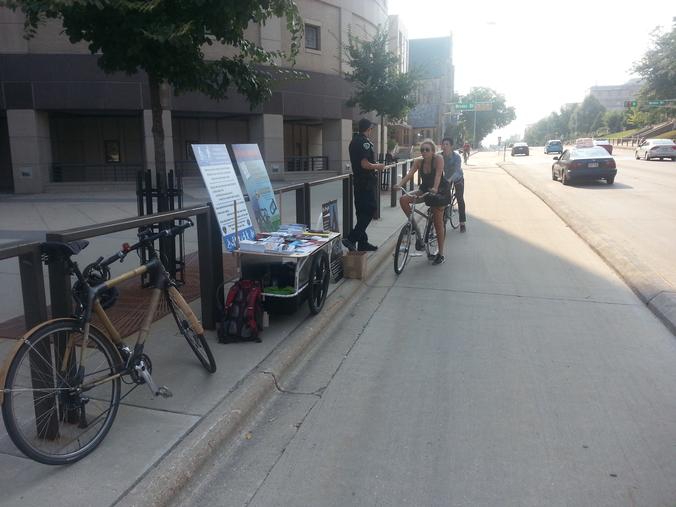