During February, the MPD addressed 2,327 incidents in the South District. That is an average of almost 83 incidents per day (up slightly from January).

Here are the February 2017 incidents in the South District by the day of the week: 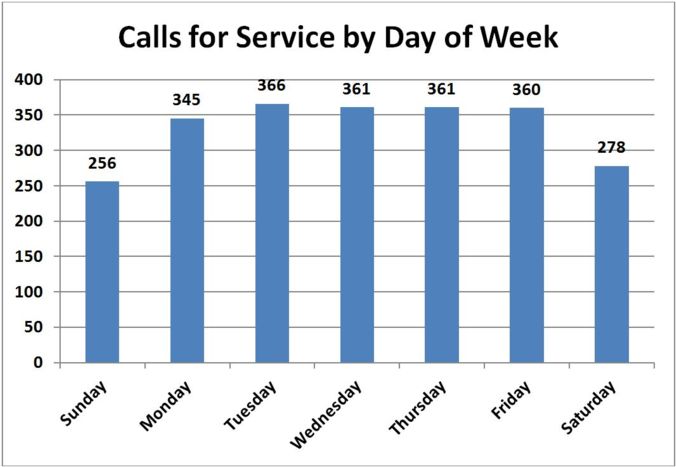 Here are the February incidents in the South District by the time of the day: 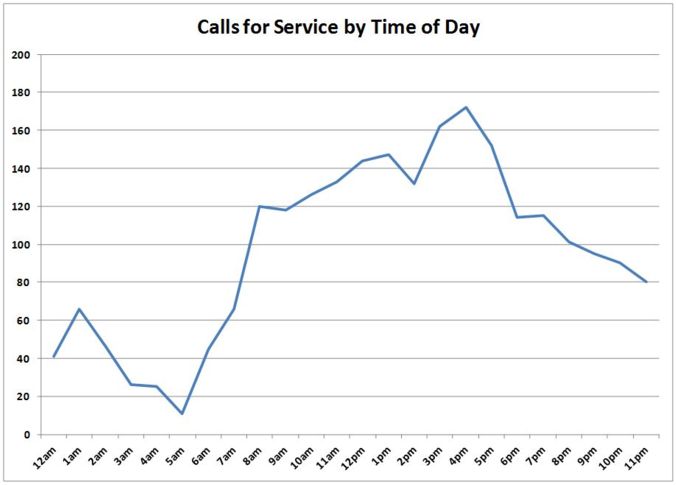 Here is a month to month comparision of incident totals for the past year in the South District: 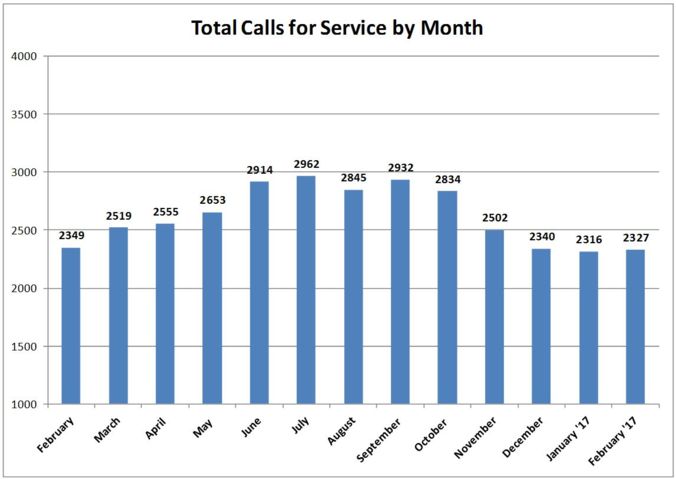