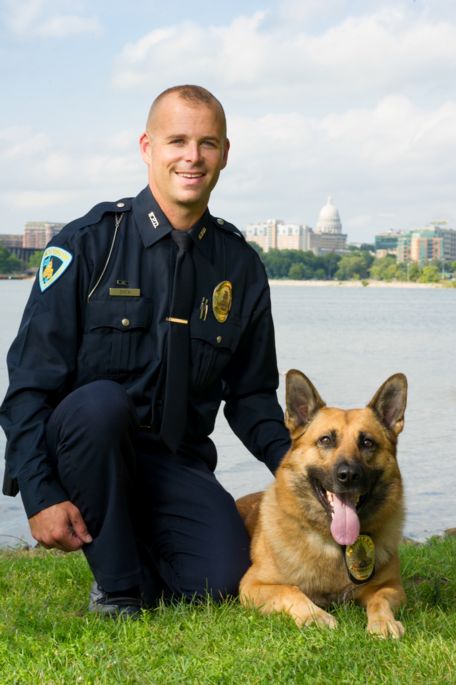 On 3/22/17, at 10:39 PM, officers were sent to an address on Curry Parkway for a person calling our dispatch center expressing paranoid thoughts and having difficulty communicating his address.  Officers were able to locate the individual, take him into protective custody and transport him to a local hospital to get the medical treatment he needed.  Officers remained with the individual until he was admitted.

Later that evening, the subject fled the hospital because of his delusional thoughts.  Officers were called to assist locating him.  During his escape, he jumped off two elevated platforms, one approximately 25 feet high and the second about 15-20 feet high.  He was last seen screaming as he ran from the hospital. In addition to his mental health concerns, there were now also concerns about his physical health.  Several officers were dispatched to the area to look for the subject and help establish a perimeter that would hopefully contain the person while a K9 team tracked and located him.

Officer Disch and K9 Jagger responded to the hospital. Officer Disch retrieved a pillow case the subject had been laying on to use as a scent article.  The scent article provides Jagger with the scent of the individual he would be tracking.  Our K9s are trained to scent discriminate track (stay true to the scent they are given to track) and any object that contains that person's scent can be used.  K9 Jagger took the scent and the team began tracking on a 15 foot leash with backup officers with them.

Office Disch and Jagger tracked to a tall fence with a small opening under the fence line.  Jagger attempted to track under the fence. He could have gone under, but Officer Disch and the backup officers would likely have had some difficulty doing this safely. The team moved around the 10' fence and re-established the track on the other side of the fence.  They continued tracking until Jagger began showing behavior changes (oftentimes when the K9 gets closer to a subject, the handler will see the dogs intensity increase among other changes).  The team and backup officers moved around this fence and continued to let Jagger work.  He began showing the same changes of behavior Officer Disch had seen earlier.  These changes were directed at a shed on the corner of the property.  Officer Disch recognized these changes and brought Jagger back to him and the other officers.

Officer Disch began giving commands to the shed.  After a few commands and calling the individual by name, two hands appeared from inside the shed and were extended out of the window.  Shortly after that, the missing at-risk individual was taken into protective custody, transported back to the hospital to evaluate his injuries and make arrangements for temporary placement at a secure medical facility to treat his mental health situation.

This could have been a tragic ending.  Because of the excellent work by all of the officers involved, including Officer Disch and K9 Jagger, this young man will be getting the treatment he needs.