Today, we profile one of our officers who also hold a law degree, Officer Brian Vandervest.  Many of you know him as a regular at Coffee with a Cop. It is held everyThursday morning at 9am at Steep and Brew at 6656 Odana Rd.  Anyone is welcome to join the group!

Brian has been serving in the Madison Police Department since 2004 and currently works in day shift patrol.  Previous to arriving at the MPD, Brian studied at the University of Wisconsin-Madison where he majored in history before matriculating to law school at Marquette University.  After law school, Brian worked as an environmental lawyer for Quarles & Brady, a Milwaukee based firm.

Now working in the West District of Madison, Brian says he enjoys the district because he grew up in the area and likes the familiarity of it and feels invested in its well-being.  The most enjoyable aspect of policing, in Brian's opinion, is having everyday contact with people in the community, making personal connections with those people, and being able to help others resolve problems.

When not working, Brian enjoys watching sports, the outdoors, and books. He is a fan of nearly any Wisconsin team, particularly the Badgers, Packers, and Bucks.  Brian expresses his enjoyment of the outdoors by going on camping excursions to nearby state parks, such as Devils Lake and Yellowstone Lake.  He also enjoys science-fiction and fantasy and is a fan of Stephen King, J. R. R. Tolkien, Dan Brown, George R. R. Martin, and the Star Wars franchise.  Brian's dream vacation would be a stay at an all-inclusive beach resort in the Caribbean. 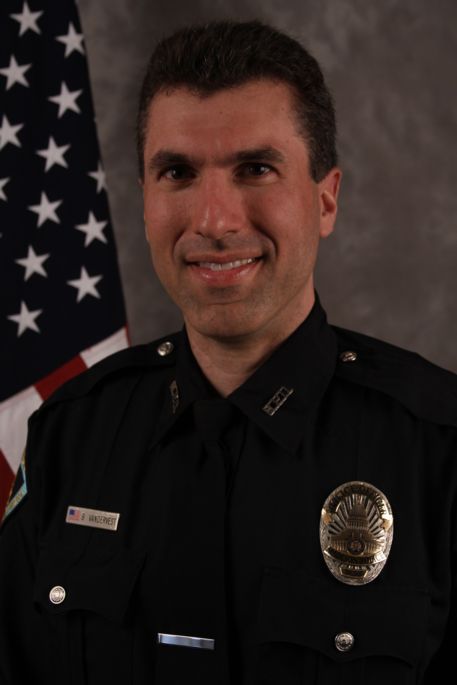