Optimist Club Officers of the Year

Each year, the Sauk Trails Optimist Club recognizes two West District MPD officers to be the "Officers of the Year"  This year Detective Lindsey Ludden and Officer Dustin Pailing were recognized at a banquet held last week.  Below is a short bio on each of them.

Det Ludden has been employed by MPD since 2006.   Prior to working at MPD, she graduated from UW-Eau Claire and worked  in South Africa volunteering.  After being hired here she was a patrol officer in the West District until 2012 when she was promoted to Detective.  She has been a member of our Special Events Team and worked a great deal on combating prescription drug abuse.  She loves big animals and has a great deal of training on investigating animal abuse.  Lindsay also loves to travel during her off time.  She is one of our go-to Detectives to investigate major crimes in the district.  She is a person that leaves no stone unturned in her investigations and receives many compliments on her work here.

Officer Dustin Pailing has been employed with MPD since 2011.  Prior to working at MPD, he graduated from the University of Minnesota.  While there, he worked as a mentor for at-risk teens.  He also was able to study abroad twice during college, and is now fluent in Spanish.  He is currently on our Officer Advisory Council and  is a Field Training Officer for new recruits.   One of Dustin's responsibilities is being a liaison to the Midvale Heights Neighborhood Association.  I have heard over and over from that group, how much they love him.

Congratulation to both of them for highly deserved award! 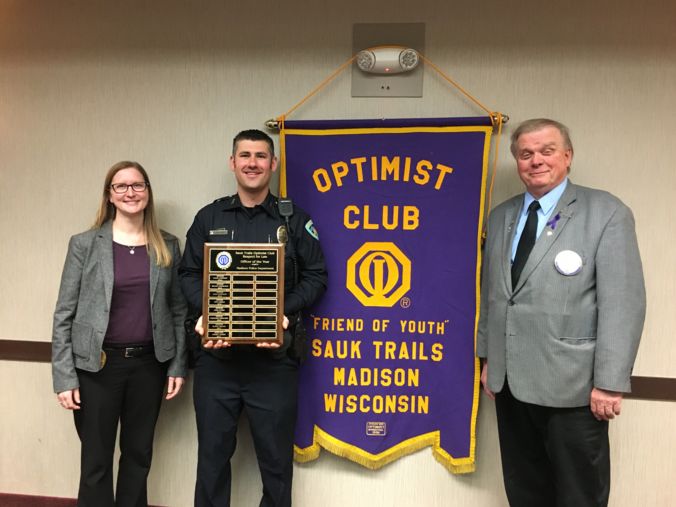