Officers Ryan Henderson and Chris Marzullo are the two new neighborhood officers assigned to Allied Dr.    Off. Gatdula, who was the previous officer, has been promoted and is now a Detective assigned to the Burglary Unit.  There had also been a vacancy for a second officer in the neighborhood as well.   Officers Henderson and Marzullo started their new assignments in June and with two of them, we will be able to provide twice as much engagement.

They are both very friendly, experienced  and excited to try some new ideas involving community engagement in the area.

Recently, they have been working with an MSCR Day Camp for kids, that is being held at Marlborough Park. Each Wednesday, they host a "Police Club" where they have activities and discussions about safety with the kids.  I attended this week and the kids seemed very engaged and appeared to really enjoy it.  We are looking forward to all the other ideas that Officers Henderson and Marzullo will come up this year! 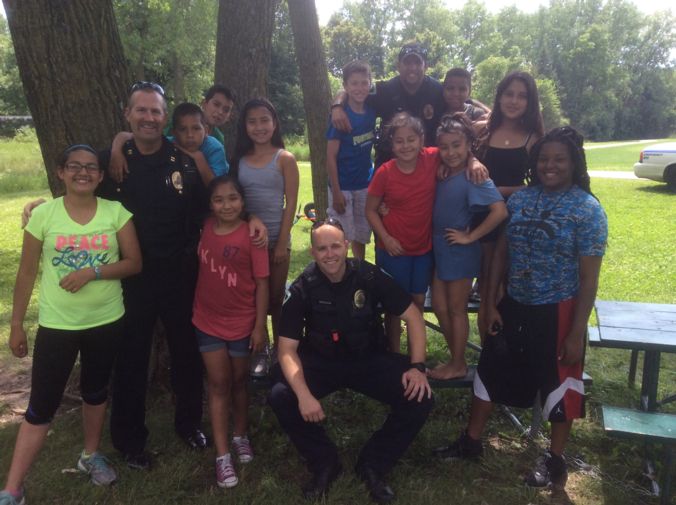