Officer Justin Nelsen is one of our West District Neighborhood Officers assigned to the Theresa/ Betty's/Park Edge/Park Ridge area.  He recently organized a one day football camp at Edgewood for some kids who may not otherwise be able to attend.  Here is what he had to say; 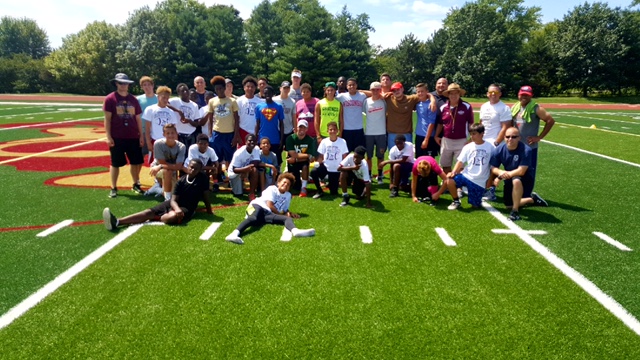