The following is from leader of the MPD K9 team leader Sgt. Chris Boyd:

"I would like to officially announce the renaming of one of MPD's K9s in honor of the late Madison Police Sgt. Karen Krahn.  The Madison Police Department, Capital K9s and the family of Karen Krahn approve and honor this tribute. The name of P.O. Jim Donnell's K9 partner "Kona" has been officially changed to "Krahnie". "Krahnie" was Karen's nickname used by many of her coworkers, friends and family.

K9 Krahnie had no prior K9 training when P.O. Donnell began working with her several months ago.  She is MPD's first nationally certified police K9 that received all her formal police K9 training from the Madison Police Department K9 program. K9 Krahnie is fully certified as a dual purpose police K9, and she has her own trading card!

I would describe K9 Krahnie as full of energy, smart, and a hard charger who loves her job."

Sgt. Krahn lost a courageous battle with cancer this year, and was honored by her law enforcement brothers and sisters at her May funeral. 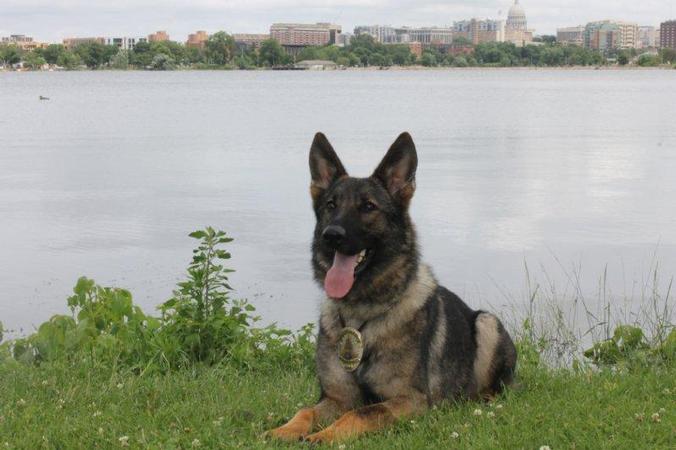 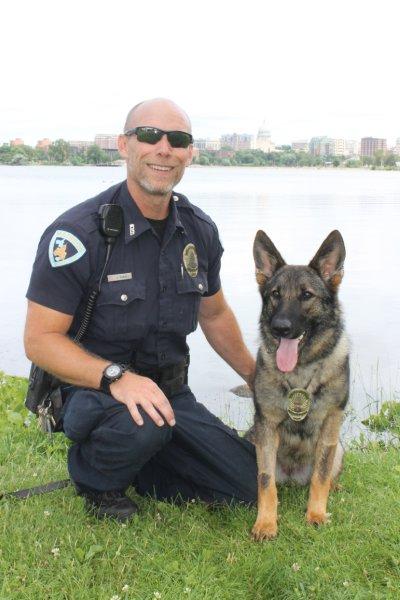