This year so far, we have had 362 cars stolen in the city.  Many of these are stolen by juveniles and are later recovered, but usually the cars have been damaged or involved in accidents.  Many of these kids then endager themselves and the public as they speed and drive recklessly in the stolen cars.

Each morning I see a number of cars idling and unlocked in driveways and convienence store lots.  That is an open invitation for a criminal to steal your car!  Yesterday alone we had several stolen in the West District.

Please help us by NOT leaving your car idling and unlocked, help us PREVENT AUTO THEFT!! 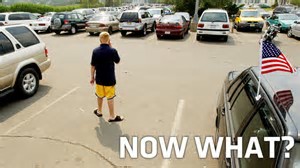