My name is Samantha Schwartz and I've been a PRT (Police Report Typist) for 5 years now. I recently (as of 2017) joined the department's Civilian Advisory Committee and serve as one of the representatives for PRT's. I currently work as the Traffic Police Report Typist, where I've been for a little less than a year. Prior to that, I was a PRT in our Control Point in the OIC's Office, working from 10pm-6am.

Since coming to the Traffic Unit, I have co-organized the Department's Workplace Giving Campaign, where we raised over $30,000 for 2018. I have also joined MPD's Pride group, which is continuing to grow. When I'm not at work, you will find me either reading or listening to music. I went to UW-Parkside for Instrumental Music Performance, but left there in 2009, and returned to the Madison area where I began attending Madison College. I have since completed a few Certificates via the program, Business Software Applications, before coming to join the Madison Police Department. 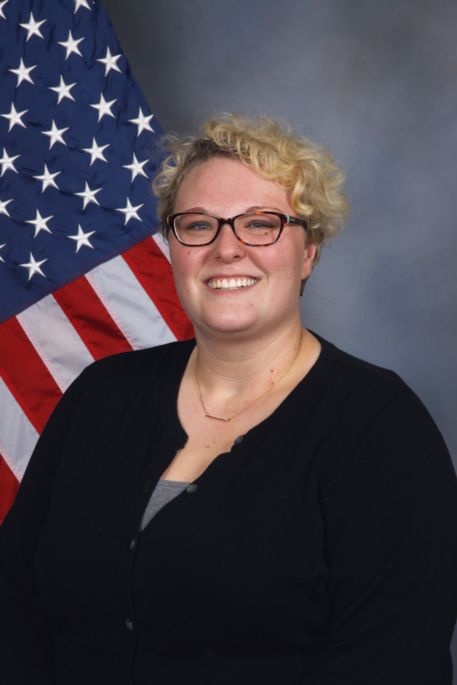