Prior to being hired by MPD, I was enrolled at UW-Eau Claire and graduated in May 2005 with a bachelor's degree in criminal justice.  After graduating I traveled to South Africa to volunteer for two months. I then traveled to West Africa to join my brother, Jason, for a month while he served in the Peace Corps.  When I returned to Madison I applied to MPD and started the hiring process.  I was hired with MPD in May 2006 and spent the first five years of my career in patrol.  While in patrol I worked west afternoons which offered plenty of variety and opportunities to learn.  I was promoted to Detective in February 2012.  I spent my first year working east then I returned to the west district.

I am a big animal person so I have sought out trainings on animal abuse and animal related cases.  I have taken on the animal abuse cases that have occurred the last few years which has included two dog deaths, two cat deaths, two rabbit deaths, 3 chicken deaths and an animal hoarding case.

I enjoy traveling and find that it gives me better perspective; it reminds me that it is a big world and there are a lot of good people in it.  By the end of any trip I want to return to Wisconsin, I grew up in Madison and continue to call it home. 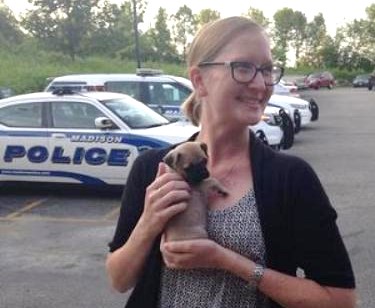