We recently went through a shift change where Officers are now assigned to the Midtown district.  Since the Midtown station is not completed yet, some of the officers are currently working out of the West District and some out of the South District.  On the radio, the West officers identify themselves as "Adam" cars and Midtown are now "Baker" cars.

The West/ Midtown border is now Whitney Way south of the Beltline, then the Beltline to Gammon and north on Gammon.  See map below; The blue area is now the West District, the white area is Midtown, yellow is South District and the small portion of green you see is part of the Central District. 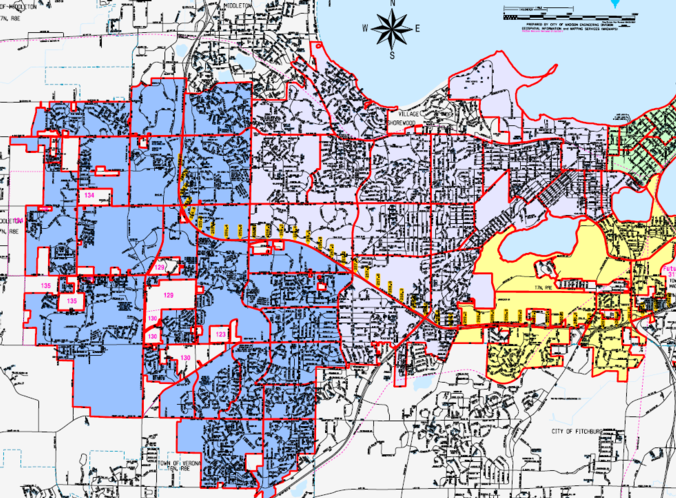