On Wednesday, February 28th, two of our officers attended the Drug Recognition Expert (DRE) Graduation in Green Bay.  PO Brier is a new graduate of the program and PO Reilly was recognized as a new DRE course manager.  We wish to congratulate them both on their accomplishments!

In the last 10 years, the number of alcohol related OWI's have dropped in half which means the remaining are attributed to drugged driving.

Wisconsin has the 8th most DRE's in the country.  With 259, we have the most in the Midwest.

The Wisconsin Department of Transportation (WiDOT), Bureau of Transportation Safety (BOTS) runs the Wisconsin Drug Recognition Expert (DRE) training program. This program trains officers to recognize the signs and symptoms of impairment from the seven categories of drugs by utilizing a twelve-step evaluation process. The training provides instruction in psychophysical testing, clinical indicators, and pupil size/reaction to drug use, pulse rate, blood pressure, body temperature and the pharmacology of drugs/use.  The course certification program is 72 hours long.  This includes training in an academic setting as well as in the field.

In the spring of 2017, PO Brier attended the training to become a DRE.  The program is extremely technical and the standard to obtain the DRE certification is quite high.  PO Brier is the 6th officer within MPD to become DRE certified.

PO Reilly is the pioneer and champion of Madison's DRE program.  Without her knowledge and expertise, we would have a severe void.  For years, PO Reilly has been the regional coordinator, which covers 6 counties.  She recently received training to serve as a DRE Course Manager, which will give her an active role in the training component at the state level. 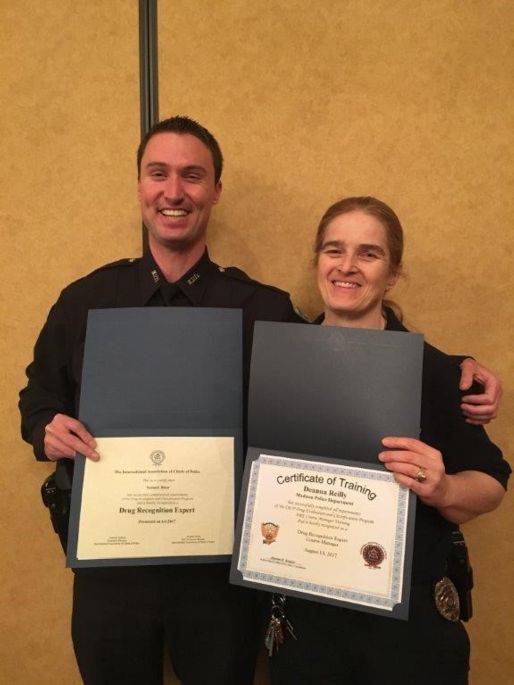