Stolen autos are one of biggest problems right now. We have had 201 stolen autos already this year.  Last year at this time we had 169 so we are up 18.9% over last year which was a record year.   We had 42 autos stolen in June alone.

These vehicles are being used by criminals to committ other crimes such as burglaries, shootings, purse snatchings and shooting paintballs at people.

The vast majority of these cases involve cars with keys in the ignition or keys easily accessible in the vehicle.  Some are stolen right out of open unlocked garages.

You can help us stop this crime wave.  It is simple, don't be a victim, keep your keys out of your car when you are not in it.  Keep your cars, garages and homes locked!  Sorry, but we don't live in Mayberry anymore, it is time to lock things up! 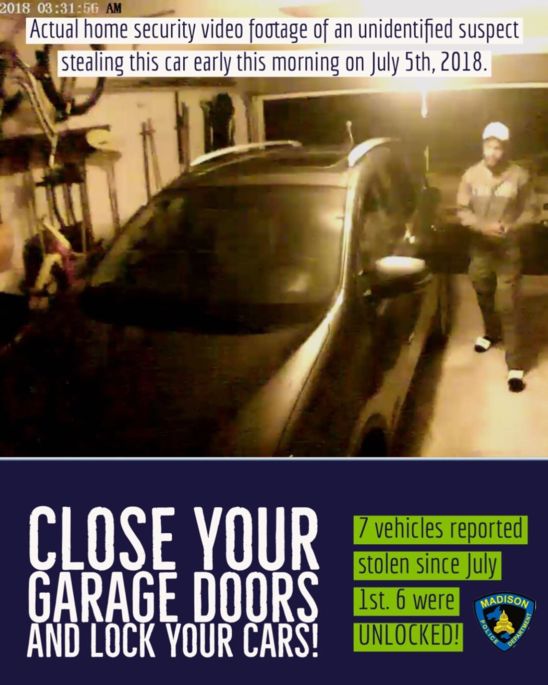