On Wed, Officer Justin Nelsen with help from Monique Bryson of the Elver Park Neighborhood Center and Edgewood HIgh Football Coach Norris and retired Coach Minert teamed together to host a day long football camp for youths on the west side.  They were helped by current players from the Edgewood HIgh team.

Coach Minert was quoted saying we are here for "Football, food and fellowship"

They had a surprise guest, who was Daurice Fountain, a wide receiver who was selected this year in the 5th round of the NFL draft by the Indianapolis Colts.  Daurice gave a nice talk to the kids encouraging them to stay in school and finish their education.  Daurice grew up on the west side of Madison and attended high school here.

Thanks to everyone involved!  A special thanks to all the Edgewood folks who helped out on this event and allowed the football stadium to be used. 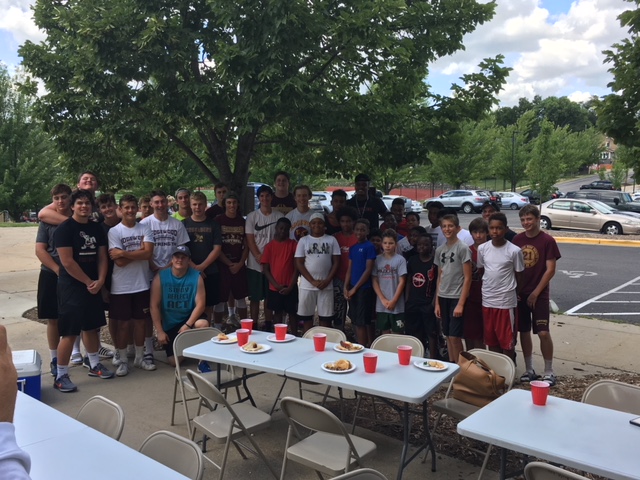