As most of you are aware, the Midtown split occurred this week.  Our new Midtown station is open for business!

This will not change the police service that you receive when you call, it really only changes some things internally for us, and adds another district station to help serve those of you living in the Midtown district.   For those of you who would like to see the station, the public open house for Midtown will be Thursday Oct 18th from 5 PM to 8 PM.  The address is 4020 Mineral Point Rd.

The new district lines are roughly as follows. Starting from the north, take Gammon south to the Beltline, then take the Beltline east to Whitney Way then south on Whitney Way to the city limits.  Everything west of that line is the "New West District" 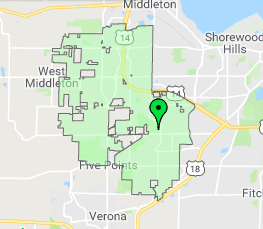