In 2015, the Madison Police Department re-chartered it's Explorer Post.  Shortly after we were up and running, Becky Holmquest joined us.  As with most who join our Post, she was interested in a career in law enforcement.

Becky was an active member of the post, attending the National Conference in Flagstaff, AZ, assisting with fund raising, and regularly volunteering for assignments such as Mifflin Street Block Party and National Night Out.  She left the Post when she moved to Platteville to attend college but regularly kept in touch with both Advisors and Explorers from the post.

In 2018, Becky returned to the Madison Police Department, this time as an intern.  She worked for a number of Captains, Lieutenants, and Detectives during her time here.

And now, in 2019, Becky is here to stay.  She was sworn in yesterday as part of the Madison Police Department's 62nd Recruit Class.  She is the first Explorer to be hired by MPD since the program was re-chartered.  We could not be more proud of her.  While she has always been part of the "family" by virtue of her Explorer membership and Intern status, we are thrilled to officially have her as a part of the MPD family as an Officer.

We welcome all the new recruits to the family and to a community who so generously supports us. 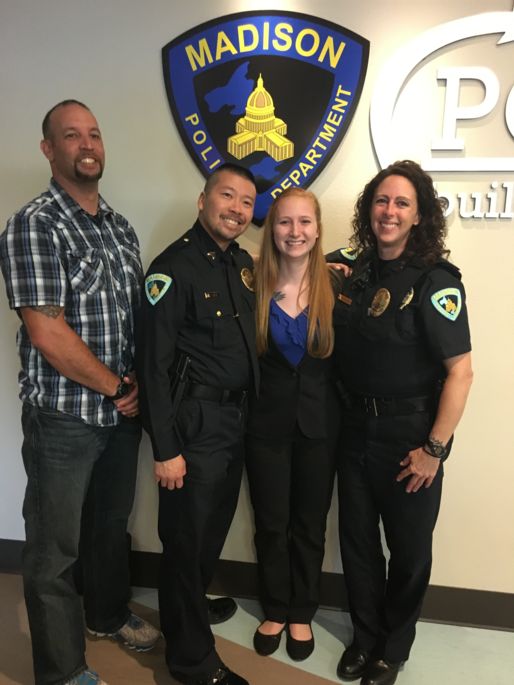