We Are The 28 - Resilient and Confident: MPD Sisters Clare and Ashley

Madison PD's Clare Gloede and Ashley Jackson saunter out into the East precinct lot on a cold January afternoon, and a passerby could be forgiven for thinking them twins. The sisters wear baseball caps and zip-ups, laced boots and ponytails. Clare, the younger of the duo, says "If we make eye contact, we'll usually know exactly what the other is thinking." Ashley nods in agreement. When asked to describe one another, both women pause and deliberate for a long moment. "Confident," Ashley says of Clare. Clare in turns calls Ashley "resilient."

Clare and Ashley are one of 3 sister pairs at MPD. Clare joined the force in 2016, drawn to Madison Police after seeing the women of the agency in her adolescent and teen years. Clare says "I saw myself in their shoes; having that role model, seeing that experience, it makes you want to grow up and be a part of it." Ashley served 5 years in the US Navy, and upon discharge was drawn to a hands-on job, one in which she was up, moving, and talking to people. Ashley says that when she considered applying to MPD, Clare "talked it up." Ashley was hired in the 2019 class and graduates to solo patrol this month.

The pair call themselves "foodies" and like to fish, play darts, and compete in Catan. Fortunately, the duo has ample opportunity to see each other off duty – they live in the same complex, and even drive the same model car. 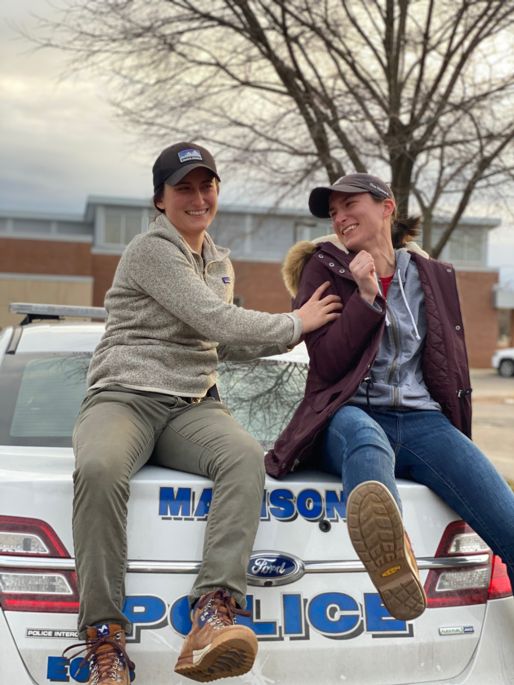