We Are The 28 - It Is Not About Who You Are. It Is About What You Are Doing: Patrol Lieutenant Stephanie Drescher

It was 2008 and the MPD pre-service academy was in full swing. Recruit officers were learning critical skills about use of force and decision-making; one aspect of that training was scenario-based learning with physical contact. Then-Sergeant Mike Koval arranged to have the City of Madison's insurance carrier, WMMIC, present for risk management assessment. Stephanie Drescher was the WMMIC designee, and she remembers the day vividly. "He said, 'You should work for us'" Lt Drescher recalls. Koval's keen eye for recruitment is one part of his legacy. Lt Drescher's work ethic is part of her own. She applied for the very next Academy class and was hired.

Lt Drescher grew up in a tiny Wisconsin town of under 400 people. She started working at age 14 doing housekeeping at a local hotel. Stephanie held that job for 7 years and added a waitressing gig along the way at age 18. She held both jobs while moving onto Edgewood, becoming the first in her family to undertake college. In Lt Drescher's MPD career, she has similarly held multiple demanding roles. After graduating from the police academy in 2010, Lt Drescher worked patrol as an officer and then a street sergeant in the Central, West, South and Midtown districts. She distinguished herself as a Field Training Officer (FTO) and eventually led instruction on best training practices to the entire FTO cadre.

Stephanie continues to hold a variety of important roles: patrol lieutenant in the North district, field training scheduler for the entire department, parent to two teenagers with her husband, and one of seven MPD female lieutenants. But Lt Drescher isn't one to reflect on her accomplishments; she is always looking ahead. "It's not about who you are," she says during a March conversation. "It's about what you're doing." 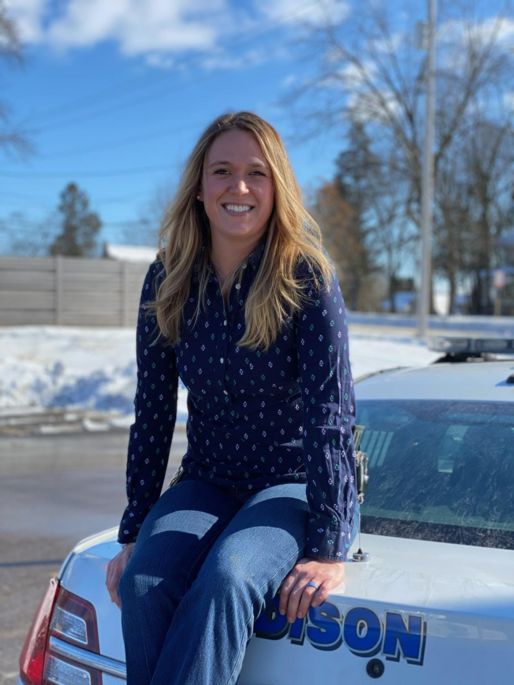