We Are The 28 - Compassionate Courage - Officer Lyndsey Seewald

Officer Lyndsey Seewald was coaching basketball at Marian University when she received MPD's annual recruitment letter, part of an ongoing initiative to find educated, talented individuals looking for the next step. She recalls setting it aside, thinking it was a great opportunity for some of the students. The following year, Coach Seewald received the same letter – "and that was the sign," she recalls, saying "maybe that letter is for me." Lyndsey held a master's degree in sport and performance psychology from the University of Denver and was an accomplished collegiate coach. She was ensconced in a world she excelled at, on an upward trajectory. Lyndsey set aside that life for a new adventure; she applied and was subsequently hired into the 2018 MPD Academy.

Lyndsey is in her second year of solo patrol, working afternoon shift out of the Midtown district. When asked about an impactful call she has experienced, Lyndsey is quiet for a moment. "It was a suicide on the north side," Officer Seewald recounts. The decedent was not related to others in their shared apartment "but you could tell they were family in their own right." Lyndsey recalls officers taking the time to "be human" to the household, who had suffered an unspeakable tragedy.

Finding humanity is a long-running theme in Lyndsey's professional life. In 2017, she was invited to deliver an independently organized TED Talk in Fond du Lac. TED Talks are devoted to spreading ideas via short, powerful speeches. Lyndsey's 12-minute talk delves into the power of stigma, and the impact of rejection and shaming on people with differing identities and experiences. Lyndsey references her LGBTQ+ identity in the talk, and doesn't shy away from recounting the difficult responses her coming out has sometimes prompted. "We all have one thing in common. We all want to feel connected," Lyndsey says in that talk. It's no surprise, viewed in that light, that Coach Seewald made the leap to Officer Seewald. Police work epitomizes connection, and Officer Seewald is on the front lines. 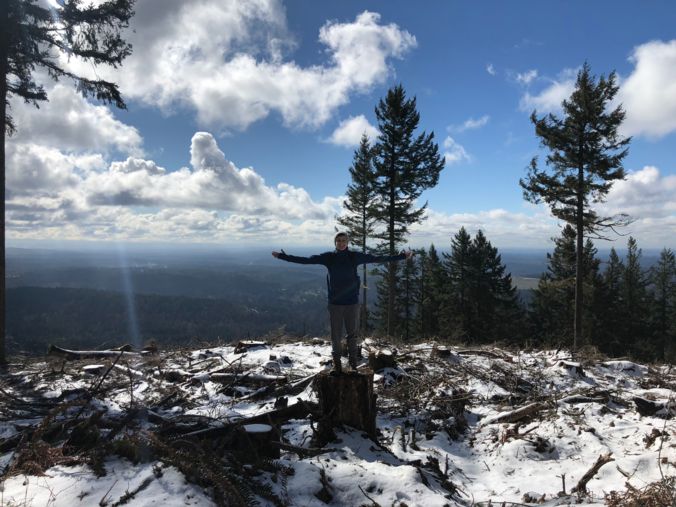