We Are The 28 - From Puerto Rico to Northport Drive: Officer Alex Nieves Reyes

Neighborhood officer Alex Nieves Reyes is directing traffic while we talk. It's a hot summer morning in June, and Alex's trademark ability to hold a conversation while working nonstop is in full display. Alex's remarkable story unfolds as traffic barriers go up and cars trickle by.

Officer Nieves Reyes was born in Puerto Rico, and speaks warmly of her early years. She loved the beach and old San Juan, which was within walking distance of her childhood home. At 13, Alex moved with her mom and siblings to Brooklyn, staying initially with an aunt. The arrangement soured, and Alex and her family ended up in a shelter in Chinatown for nearly 2 years. She still recalls the exact date that her household moved out of the shelter and into an apartment of their own: January 11, 1991. Alex had just turned 15.

"I paid for my own graduation" Alex recalls. "My mom was a single mom and we didn't have the income." After graduating from Julia Richmond, Alex married, moved to Louisiana, and joined the Air Force. In the whirlwind six years that followed, she had two children, did a short tour in Turkey, and was stationed in Texas, Germany, and Montana. She somehow found time to start college as well, juggling her roles as student, active duty military member, and mom.

Alex obtained her bachelor's degree in 2005, but her life isn't any less full these days. Alex spends her days working as the Northport neighborhood officer, and she speaks with joy about the Vera Court garden and an annual Christmas party she hosts for at-risk families in her neighborhood. Outside of MPD hours, Alex is a mom of three adult children, a wife, and a master's degree student. "I like what I do," she says simply. "I think all of my experiences help me relate to other people." 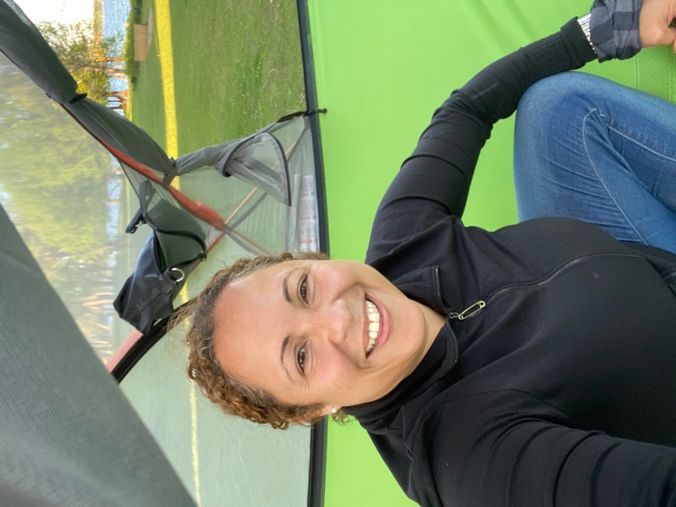