Lorie Anderson has never been afraid of the road less traveled. The MPD Property Room Supervisor grew up barrel racing and traveling with the Americanos, a drum and bugle corps that took Lorie to Garden of the Gods, Disneyland, Monterey Bay, and the Vegas Strip. Lorie moved onto college at UW-Stevens Point and planned a career as a French teacher, even living abroad in Caen during her junior year. During college, Lorie was the president of Phi Omega sorority and became involved in philanthropic outreach. "That was the beginning" she recalls, of her eventual career in public service.

Lorie was hired by MPD in 2000, and spent fifteen years as a patrol officer, school resource officer, special investigator, and then detective. She recalls her time as the East High SRO with particular fondness. "It was hands down my favorite job. It's like having your own little neighborhood." She remains the only MPD investigator who ever transitioned to a detective role; both positions are promotions, with investigators processing crime scenes and evidence and detectives working a caseload. Lorie switched to the non-commissioned side of Madison PD in 2015. She now oversees a staff of 6, and characterizes her work as immensely rewarding.

In her off time, Lorie and her husband Patrick love to combine their passions of running and travel. The duo undertake marathons around the country and globe. For most, hopping a flight and then running 26 miles would be challenge enough – but Lorie and Patrick take it a step further, and relish running in character attire. Their most memorable race-day costumes include Doc and Marty from "Back to the Future," Snow White and Prince Charming, Beauty and the Beast, and Luke and Leia. Lorie also finds time to teach fitness classes including "R.I.P.P.E.D." and "Pound." She says the challenge of instructing fitness is trying to be a motivational person all the time. Little does Lorie realize, she inspires simply by being. 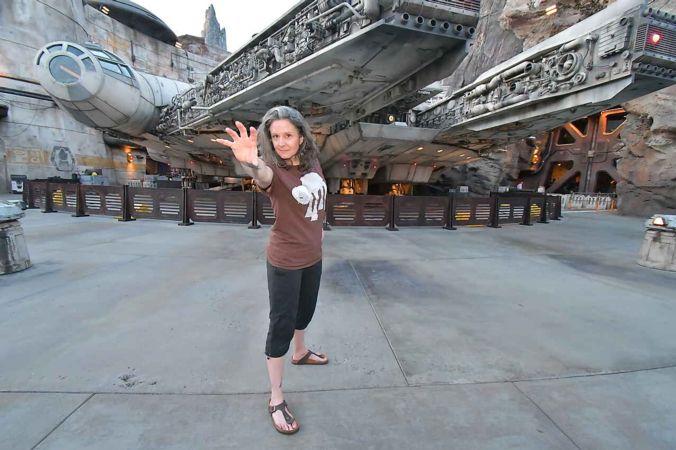