We Are The 28 - On The Case with Detective Lindsey Ludden

Lindsey Ludden is a born-and-raised Madisonian, a Memorial High School grad whose roots run deep. She stepped away from her hometown to attend college at UW Eau Claire; after graduation, she applied and was hired into the 2006 MPD Police Academy. "Really, I only planned to work for Madison [PD]" she reveals. "It's not a job I would do anywhere else." Lindsey worked 5 years as a patrol officer on the city's busy west side, prior to competing for a promotion to the detective bureau. She earned a detective slot in early 2012 and has built her career on tough cases.

Detective Ludden speaks with quiet strength about "being human in the moment" of investigating tragedy, including suicides or the death of children. "You hold people's hands as you tell them that they lost a child or a spouse" Lindsey reflects. "Those are hard moments. It takes a while to find your place in that." Detective Ludden had an investigation early in her MPD career in which a child died; the parents decided they wanted their other children to have police interaction beyond that singular, life-altering event. So Lindsey stayed in touch with the family, connecting on the anniversary of the loss, and then regularly at holidays. "Children deaths create quite an impact" Detective Ludden says simply. "I think of those families often."

Lindsey has also earned accolades as MPD's very own pet detective. She smiles in acknowledgement, and says "I always want to stand up for the fuzzy wuzzies." Detective Ludden has cracked two cases involving pet theft, one of which was a stolen Puggle named Apricot. Apricot's thief sold her for gas money, but happily, the stolen pooch was recovered safely. In another dognapping case, multiple puppies were stolen from the city's East side. After the trail went cold, Lindsey pieced together information during an unrelated case that led her to the thieves. She recovered all 3 stolen puppies in one day.

When she's not mired in detective work, Lindsey thrives on international travel. "It forces you to rely on strangers" the globe-trotting detective says. "And reminds you there are a lot of really good people out there." 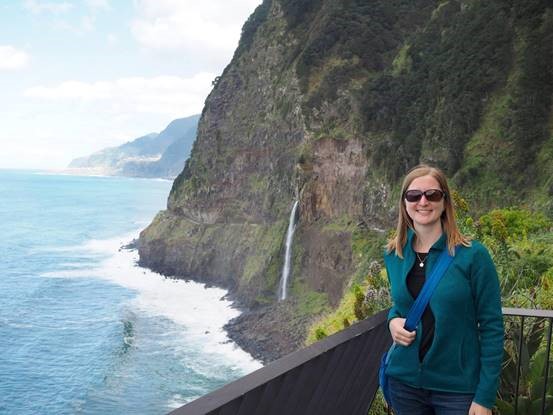