We Are The 28 - Policing with Heart and Soul: Training Officer Emily Samson

Officer Emily Samson has served with the MPD for almost twenty years. During her tenure, she has maintained the same discipline, determination, and compassion while performing her duties. "I have always done this with my heart and soul," she says. "I am invested in this place, and being a police officer in this city."

While Emily was still studying Behavioral Science and Law at UW-Madison, her sister Jessica was an officer with the MPD. After Emily graduated, she followed in Jessica's footsteps and was hired with the MPD at the age of 23, making the duo the first pair of sisters to be employed with Madison PD. Since that time Jessica has left the department, and Emily's roles have included patrol officer, Safety Education Officer, and Crime Prevention Officer. Emily is currently the lead instructor for Defensive and Arrest Tactics (DAAT) for the police academy, teaching everything from safe handcuffing to ground fighting tactics. She's also the lead fitness instructor and the Vice President of the MPD Police Officer's union. Emily not only instructs 50 academy recruits, but also develops lesson plans and facilitates instruction to the entire MPD.

Since having her first child, Emily viewed the community from a different lens. "The only thing that has ever changed the way I policed was becoming a mother. That brought a whole new perspective," she says. With a dual focus as cop and mom, Emily exhibits a genuine care and concern for all those she meets – regardless of the circumstances. She adds that this improves collaboration with the community, striving for a positive, lasting change, rather than just a quick fix.

Originally from Seymour, Wisconsin, Emily grew up with three brothers and three sisters. She and her husband are the parents of three sons. Being around family, Emily has always valued relationships. She applies the same rationale to policing. "My strength comes from the people I stand patch to patch with - people doing good work, and doing it with the best intentions - people making a difference." 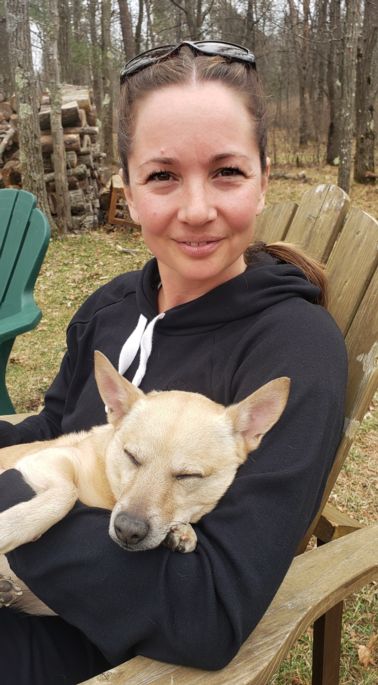