We Are The 28 - The Power of One: Officer Linda Baehmann

Linda Baehmann has always been a competitor. In her early life, she was a barrel racer. In college, she was a competitive rower. She has completed Ironman three times. Linda is one of a small cadre of women who competed for, and served on, the Madison Police SWAT team. As a bicycle enthusiast, her big, infectious laugh rings out if you mention her two serious crashes. But if you ask about Linda in the halls and offices of MPD, you are likely to hear the same defining phrase, over and over: "She trained me."

Officer Baehmann was hired by MPD in 1994, leaving a career in banking in the dust. "I was made for something bigger than that," she says matter-of-factly. Linda worked as a patrol officer in downtown and east Madison prior to settling in the west district, taking calls on the busy afternoon shift. In 2001, a position opened on the MPD Training Team, the unit responsible for preparing, equipping, and training a police academy class every calendar year. Linda competed for and earned the position of Training Officer. Over the course of eleven years and thirteen Academy classes, Linda trained every new officer that MPD hired. "If you want to make an impact in an organization," Linda says, "you do it in the beginning."

Linda is retiring in 2021, but her legacy of service will live on. One of her trainees is now a captain. Others are K9 handlers, sergeants, detectives, and patrol officers. When asked what message she especially tried to impart upon rookie officers, Linda doesn't hesitate. "To do right by people," she says, her voice full of emotion.

MPD has 147 female commissioned members. Fifty of them trained under the indomitable Officer Baehmann. The power of Linda goes far beyond her own storied career. The power of Linda lives in the generations of female MPD officers who go out each day, to do right by people – the way that Linda taught them. 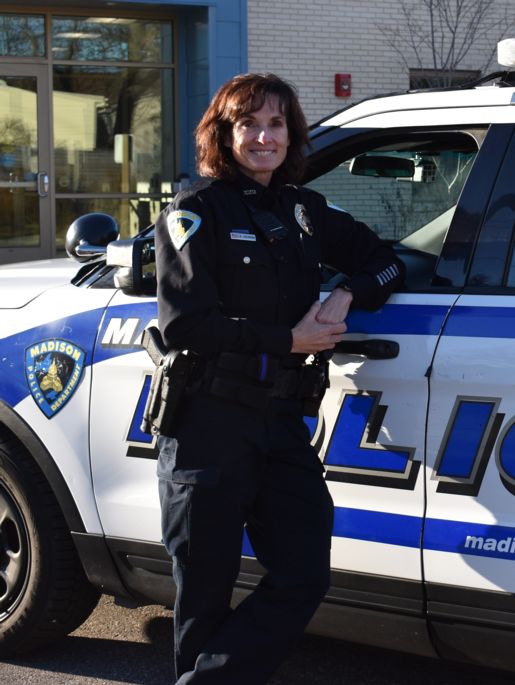