Relationship Building in the Leopold Neighborhood

On Tuesday evening, March 11th, the Leopold and Arbor Hills Neighborhood Associations held an "Open House" at Leopold School for area residents.   Over the past two years, these neighborhood assications, the City's Neighborhood Resource Team and city officials from Fitchburg have collaborated and worked together building short and long range improvement plans for the area.  Neighborhood leadership and resident involvement is critical for such plans to occur.  Last night's high resident turn out was another example of how good things are continuing to flourish in the Leopold and Arbor Hills neighborhoods.  Sergeant Shawn Engle, the South District Community Policing Team and newly assigned Neighborhood Officer Mike Richardson were all glad to be invited and were in attendance at last night's meeting as well !!! 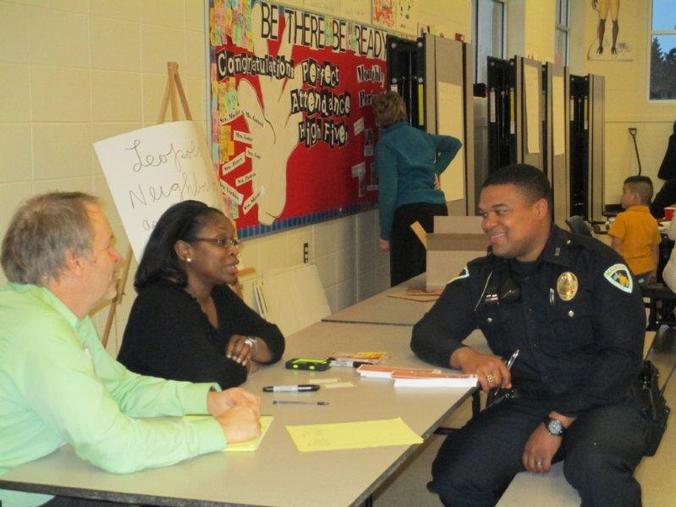