In August of last year, Officer Kim Alan volunteered to serve as the South District's Neighborhood Police Officer in the Bayview-Braxton-Brittingham Park area.   One of the projects she immediately started to assist with was the newly established "community garden" in Brittingham Park.   More recently, Kim has helped Bayview and Braxton residents to start the "Growth on the Triangle" project where they recently met to start planting seeds which will be eventually planted in one of the area community gardens once weather allows.    Yesterday, WKOW-TV did a nice story on Officer Alan's efforts with City CDA staff down at the Bayview-Braxton Apartments.

South District command staff is very proud of Officer Alan's efforts she has undertaken in the short time she has been serving as the Neighborhood Police Officer.   A community's sense of safety is enhanced when a sense of community exist in an area.   There is no doubt these community gardening efforts taking place in Officer Alan's neighborhood, and neighborhoods throughout Madison, really help build and strength our community fabric.  Neighbors getting to know neighbors, rolling up their sleeves, and growing some pretty good and healthy food at the same time.  Sounds like a win-win to us.   Thank you Officer Kim Alan and the Bayview-Braxton residents and heres to continued success with this project. 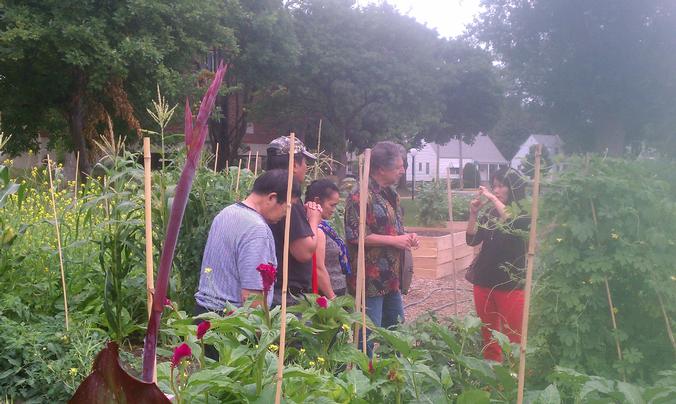 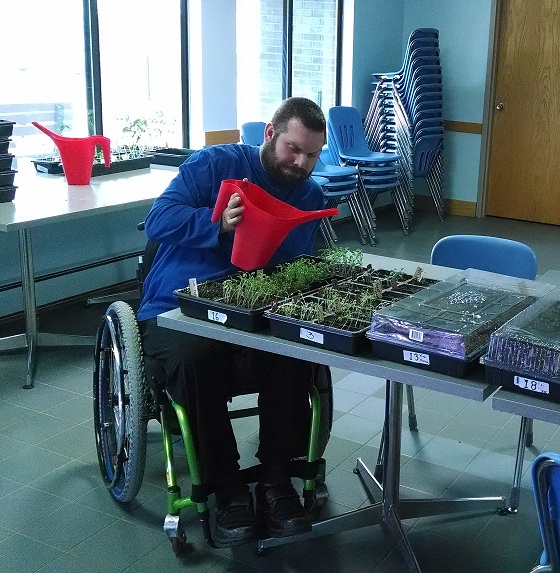 Resident volunteer Dustin Palenshus tending to some of the new plants.