Back in 2009, a group of Wisconsin residents who live in mobile home communities approached the Wisconsin Legislature and were able to create a provision in Wisconsin Statutes 349.03(5) allowing poltical subdivisions (e.g. cities) to enter into municipal service contracts with the owners of mobile home communites for purposes of enforcing traffic regulations on private roads and driveways.  Prior to this time, local police and sheriff departments did not have authority to enforce basic traffic laws on private roads in these communities.

Some of the residents involved in creating this change in Wisconsin state law have resided for many years in the Highland Manor mobile home community just off of Moorland Road.  Recently, the owner of Highland Manor, (Uniprop, Inc.), and the City of Madison entered into a "Traffic Regulation Enforcement Agreement" which now authorizes Madison police officers to conduct traffic stops and issue citations for traffic law violations occuring within the Highland Manor mobile home community.  On Tuesday afternoon, April 8th, at 5:00 p.m., Highland Manor and the MPD's South District Community Policing Team will be holding a "kick off" meeting with residents announcing this new agreement.   The meeting will take place at the Highland Manor Community Center, 10 Malibu Drive.   Residents will be briefed on the new traffic enforcement agreement and respond to any questions they may have for officers.

Local media are invited and encouraged to this event as well. 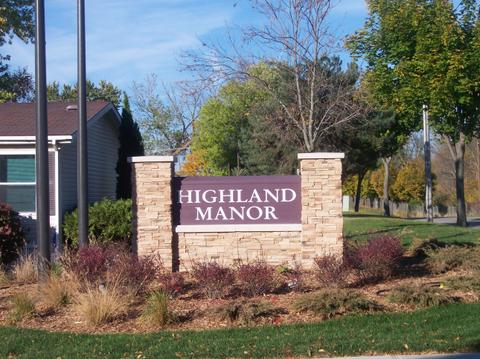