In the early morning hours of October 3, 2013, Lamontez White, 30 yoa, was shot and killed by an unkown person (or persons) while in a ground floor apartment at 2305 Fish Hatchery Road.   Several persons, mostly family, were present in the apartment at the time Lamontez was shot and killed, but no one seems to know, or have information as to who it was that shot and killed Lamontez.  Madison police detectives and officers have spent many hours and days since last October investigating the death of Lamontez, and continue to develop additional leads in this homicide investigation.

On Wednesday, April 9, 2014, South District Detective Lieutenant Stephanie Bradley Wilson and case detectives organized an intensive day long operation to seek out and re-interview individuals who were within the apartment at the time of this homicide.   Detectives and officers also sought out other persons who are friends or associates of the family to interview them as well.   Approximately 20 MPD detectives and officers participated in this day long operation which was deemed by Lieutenant Bradley Wilson to be a signficant success.   While charges have not been filed at this time, the investigation remains very active as detectives continue to process and re-process phyiscal evidence and interviews which have been compiled thus far in hundreds of pages of case reports.

If anyone in the community believes they may have information related to the murder of 30 year old Lamontez White, they too can contact the MPD South District directly at 266 5938 or anonymously through Madison Area Crimestoppers at 266-6014. 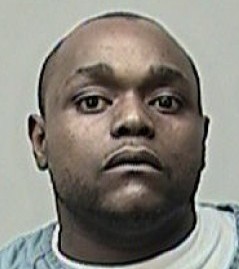